Sergey Sobolev: Batkivshchina will not form a coalition with the Oppositional Block. All the rest can be discussed 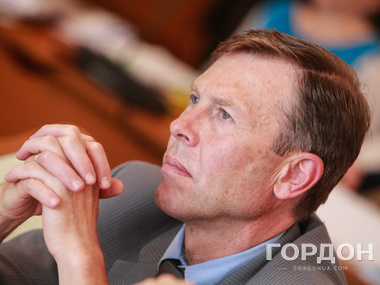 The new coalition has to total at least 300 people so that serious reforms could begin in Ukraine, considers the Deputy Head of VO Batkivshchina faction Sergey Sobolev.

The new parliamentary coalition has to total at least 300 people so that there could be some radical changes in Ukraine, the People's Deputy, the deputy head of Batkivshchina VO fraction Sergey Sobolev said in the comment to the ''GORDON''.

"A number of changes must be implemented requiring not simply modifications in the legislation, but also amendments to the Constitution. The decision on removal of parliamentary immunity must be made, judicial, territorial and administrative reforms must be carried out. All this is possible provided that there are changes to the Constitution. The best format is a format in which at least 300 people are aimed at reforms," the people's deputy considers.

At present, there are consultations in parties, Sobolev said.

"I think that it will be clear within these consultations whether this coalition is ready for reforms or for their imitation. If it is imitation of reforms, such a coalition will hardly be viable," he considers.