Mayor of Zaporizhia Sin: The airport sustained losses of UAH 150 thousand for two days of closure 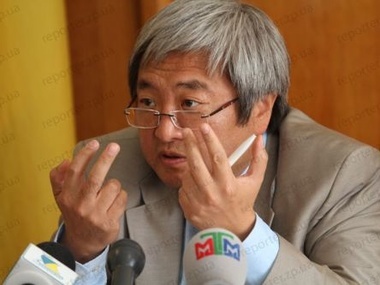 Sin: There is an information about the closed airports, no one commented why
Photo: reporter-ua.com

There are no official comments on the reasons for closing the air space, the Mayor of Zaporizhia Oleksandr Sin reported.

The Zaporizhia airport sustains substantial damage due to cancellation of flights, the Mayor of Zaporizhia Oleksandr Sin said in the comment to the GORDON.

"Judging by the fact that we cannot obtain any data except for the decision on the closure, I think that someone is simply playing safe. We do not receive any comments at the official level. We have been trying to obtain them since Saturday and Sunday because, for example, we have flights to Egypt, and our airport has suffered losses of UAH 150 thousand for these 2 days, but we have no data so far," Sin reported.

According to him, NATO planes have not landed in Zaporizhia.

"There are no NATO planes in the neighbourhood. I disprove it immediately. We do not have any information about any threats of acts of terrorism because if there were such threats, we would have had certain recommendations about bringing our forces in the state of readiness, but there was no such signal. We have information on the closure that is not commented by the Ukrainian aviation service," Sin said.