Slava Rabinovich: Putin’s disappearance reminds of Yanukovych’s flight, but the latter was evacuated by special services, while the former has hidden himself 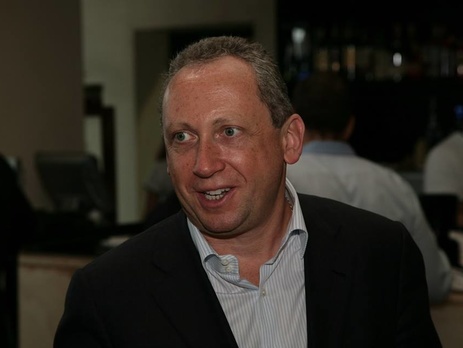 Slava Rabinovich considers that Putin's disapeparance is unacceptable for the state that calls itself democratic
Photo: Financial One Magazine / Facebook

The Russian financier Slava Rabinovich thinks that if the Russian President Vladimir Putin is in his right mind now, he thoroughly studies circumstances of Boris Nemtsov’s murder.

Vladimir Putin as the Russian leader should be actively working and communicating with the nation in the crisis situation; however, he chose the way of self-removal, which is unacceptable for a modern democratic state. The Russian economist and investment banker Slava Rabinovich said in the comment to the GORDON .

"Everything that is happening now demonstrates the byzantine nature of the Russian power. It does not meet the needs of the present-day society. Putin’s speaker Peskov is not trusted any longer. It is an unacceptable situation for the country that calls itself modern and democratic. The political leader of the state, the president who is the guarantor of the Constitution at the background of a serious economic crisis; the person who caused these crises; two weeks after a political act of terrorism in the centre of Moscow, he has simply disappeared," the expert considers.

"It reminds of Yanukovych’s flight, but with a different flavour. Yanukovych was evacuated by Russian special services on the instructions of the Russian leaders, as it turned out, and Putin is simply hiding. If he has fallen ill, there must be a clear statement that he has fallen ill and his deputy should be appointed in this case. In case of the president’s inability, his the prime minister becomes his deputy," Rabinovich pointed out.

The president does not fulfill his duties. Everything that is happening now is unconstitutional

"There are different rumours – from his being dead to his hiding in a bunker. It is absolutely obvious that Nemtsov’s murder, as I heard from people close to powers that be, caused such unrest in the Kremlin that it is a situation when the state leader is needed there who must address the nation and elaborate the plan of overcoming the geopolitical and economic crisis," the expert believes.

According to Slava Rabinovich, if Putin is alive, he is studying the videos from the scene of murder of the oppositionist Boris Nemtsov.

"He must update everybody on the status of murder investigation. If he is alive and in his right mind, I am absolutely sure that he is sitting and watching high-definition videos for all circumstances of Nemtsov’s murder with concrete people’s faces and even their eyes," Rabinovich noted.

"There is no line of command in Russia. This is an absolute myth. It is another proof that the president does not fulfil his duties. Everything that is happening now is unconstitutional," the financier added.