Human rights activist Vasilyeva: About 700 Russians were killed near Donetsk just on October 3. Such birthday gifts for Putin are unacceptable 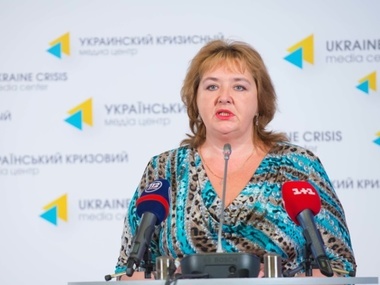 “Most Russians dream that Vladimir Putin will get lost somewhere,” said the human rights activist Elena Vasilieva for GORDON.

"It is a big dream of almost all Russians that Putin will get lost somewhere. So today we do not celebrate Putin's birthday, we celebrate it as a day of mourning in our country," said Vasilyeva.

"Apparently, all the surveys are carried out in the State Duma because no more than 52-53% actually support Putin. Moreover, these are people who are simply inert, amorphous and quite indifferent. In fact, Russia has been waking up for a long time, and Putin survives only using propaganda," added the human rights activist.

"Today (Putin's birthday - GORDON) is a day of mourning. Gundyaev (Patriarch Kirill - GORDON) and church leaders said that they will canonize Putin after his death. The funny thing is that Gundyaev said, "I will be glad about it" - and the whole Russia shouted, "We will be glad, too. Tell us when." In fact, everything concerning Vladimir Putin is a bubble system, and I can tell you that the majority of Russian citizens will not be celebrating this day with such enthusiasm, on the contrary, they will be asking themselves when this will all be over," said Vasilyeva.

According to Vasilyeva, the Russian authorities are engaged in absurd things without paying attention to real problems.

"We want to celebrate October 7 as a day of polite people. Our Duma has been playing the fool for a long time; they do not know what other laws to adopt as if we did not have other serious problems. They can adopt anything, any laws. We have been laughing at them since long ago. Likewise, they passed a law prohibiting children's fairy tales such as Masha and the Bear, Kolobok, Nu, Pogodi, Karlsson-on-the-Roof, etc. It was adopted two years ago, and this year it was decided to ratify it. The Kingdom of Crooked Mirrors, Malchish-Kibalchish, Cipollino – all these cartoons are strictly forbidden on the Russian television. Cipollino is banned because it calls upon for revolution; Kesha wanted to hang himself in Part 3 – prevention of suicide; Leopold swallowed a whole pack of ozverin pills, though he was only offered a couple of pills; The Snow Queen is banned because Gerda left the family and went to look for Kai – vagrancy. It is absolutely crazy," said Vasilyeva.

"We all believe that everything concerning Putin, his longevity and his long stay in the Kremlin is a disaster for Russia. Definitely, nobody wishes him long life. Yesterday images were spread showing a huge cake made of corpses of Russian soldiers killed near Donetsk. The established figure is 400 people, but our experts are arguing that about 700 Russians were killed near Donetsk just on 3 October. Such gifts for Putin's birthday are unacceptable," said the human rights activist.


On October 7, 2014, Vladimir Putin turned 62 years. GORDON wrote down wishes for the Russian president from Ukrainian and Russian politicians, writers and public activists.