Illarionov: If chances to bring pro-Putin forces to the Rada are low, he will try to disrupt elections 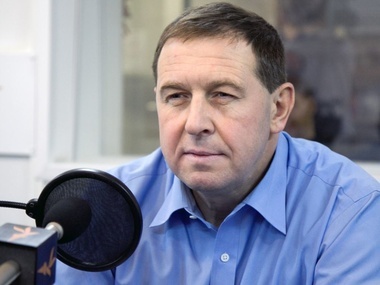 ‘There is a probability of terrorist acts, attacks, disasters or accidents at infrastructure objects and activization of diversionary groups in Kharkov and Kharkov region,’ said the former adviser of Vladimir Putin, economist Andrey Illarionov in an exclusive interview to the GORDON .

‘The situation in Ukraine depends on how, from the point of view of the Russian President Vladimir Putin, the political process will develop and what the election results will be,’ considers the former Vladimir Putin’s adviser Andrey Illarionov.

"I think, the least pleasant option for Putin will be if, as a result of parliamentary elections, political forces that could express his point of view or that would be under his sufficient control or management do not enter the Verkhovna Rada. This would be treated as unfortunate results. And, should the polls during the remaining two weeks show that chances that considerable part of such forces will be formed in the Verkhovna Rada are low, destabilization is likely to take place before the elections aimed at disrupting.

If it becomes clear that there is a chance of sufficient political force forming in the Verkhovna Rada that will then be able to destabilize Ukraine from inside from the positions of deputies, parliamentary chairs and heads of committees, then this physical impact on Ukraine can be postponed until the end of elections. And it will depend on how effective and influential these pro-Kremlin forces may appear in the new governmental structure of Ukraine,’ Illarionov said.

In his opinion, further steps will depend on what positions these forces will be able to take in the parliament and how effective they will be. ‘You cannot travel to Moscow every time as it was the case with some deputies of the previous Verkhovna Rada, therefore, more effective channels need to be developed. They exist anyway, but they need to function in a more effective way. After a temporary lull set in, or rather slower rates of military operations, Putin has an opportunity to achieve the purposes, which were set and still remain in force, in other more effective methods. It is not necessary to seize buildings and to blow up objects, however, working from parliament, from Kiev, it is possible to achieve no less, or perhaps even more", the expert reported.

Illarionov considers that Kharkov and Kharkov region will become the first target for destabilization.

We were all witnessing how it all happened in the Crimea, in Donetsk and Lugansk regions. It seems to me, several fronts compete in accuracy of approach. On the one hand, obviously, there will be some mass actions in Kharkov, it is in the first place. Secondly, I do not rule out the possibility of terrorist acts, including attacks and murders of certain people. Thirdly, disasters or accidents at infrastructure objects, that is damage of pipelines, power lines, explosions at water-supply stations, telecommunications disruptions, damage of bridges, poisoning of water supplies. And activization of diversionary groups along with it. It seems to me, that it will be diversionary groups of non-front attack methods, I do not think that the separatists have not enough forces for this. But the emergence of diversionary groups that can be engaged in various subversive activities is highly probable in the territory of Kharkov region. At first sight, the combination of these four types of actions should be expected first of all,’ he declared.

‘The realization of this scenario depends on how Putin will regard the process of preparation for elections, election campaign and election results,’ supposes Illarionov.

‘We only have a vague idea of what election results Putin will considered successful or unsuccessful. To what extent will they coincide with his expectations. Therefore, I cannot say now if it will happen before or after the elections. Perhaps, I do not rule our the possibility that the election campaign is successful for him so far and he will have enough forces that will follow his instructions and will be rather effective for internal destabilization of Ukraine. In this case, he will carry out these actions when these forces become rather effective to coordinate actions in Kiev with the actions in other regions of Ukraine. We still do not have enough information about it,’ the expert summed up.