Portnikov: Voyage of Hollande and Merkel will end up with nothing, all methods are half-way, there is no other way than the collapse of the Putin's regime 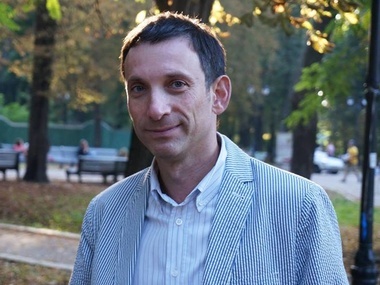 German Chancellor Angela Merkel and French President Francois Hollande urgently flew to the talks in Kiev and then to Moscow to try to negotiate with Russian President Vladimir Putin before strengthening of sanctions and toughening of stand on the conflict in Ukraine. This was discussed by the journalist Vitaly Portnikov in the commentary to "GORDON" .

"Western politicians can offer Putin a plan of pacification. He will not likely accept it. But it will prove that the EU representatives have made every effort. The EU needs proofs that there is no compromise plans or proposals so that they could continue further discussion of arms supplies and strengthening of sanctions " - said Portnikov.

"Today Merkel and Hollande can visit Putin and suffer defeat. Tomorrow – someone else. The idea that is not negotiabile, and the only possible solution to the issue of the world security - is the collapse of the Russian political regime as a result of effective economic sanctions and assistance to must be ripened in every mind from to , "- the journalist thinks.

"I think Merkel and Hollande understand this very well. They just give Putin a chance to change his mind. And every such a chance helps to create a more efficient, extended and rigid anti-Russian coalition in the world" - said Portnikov.

He also noted that Western leaders are really interested in the peace and are willing to compromise with , while is trying to dictate their terms.

"Another motivation of Western leaders is that they really want the peace in Europe and are looking for a compromise with . Already the signing of Ukraine Association Agreement was very important geopolitical compromise. The EU considered that with signing with the former Soviet republics of the Association Agreement, but not including them in the EU itself, it leaves both and the republics the possibility of preservation of traditional economic ties and established contacts. The , as we see, responded to this negatively, "-  Portnikov noted.

"In my opinion, the main goal of the Russian political leadership since the collapse of the in December 1991 was the elimination of the state of former Soviet republics and their subsequent incorporation into the or, the creation of certain new union state with its capital in . The Europeans has not yet realized this main political objective. At the same time, I think Americans started to realize it. "Russian World" and the Russian language in , Donbass autonomy - that's the goal of Putin, and there is nothing else. He thinks the whole of belongs to . As, however, the of , , , and Ayzerbaydzhan, "- said the journalist.

According to Portnikov we can finalize the conflict in only by downfall of the regime of the Russian leadership.

"Voyage of Merkel and Öland is likely to end in nothing. All the proposed methods are half. There is no other way but the collapse of the political regime and the reformatting of the Russian state in the new non- chauvinistic basics" – Portnikov summed.