Semenchenko: There should be no elections in Donbass until it is liberated 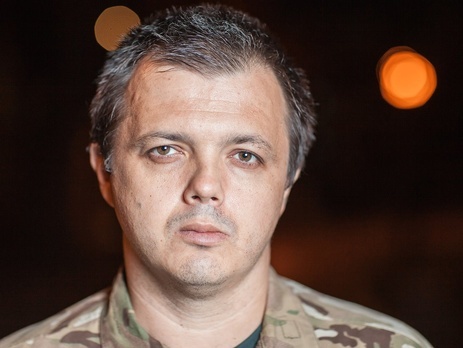 Semenchenko: The special status in Donbass is only required in the field of military or law enforcement activities
Photo: Semen Semenchenko / Facebook

If military actions are resumed, the terrorists will be defeated and thrown out of the Ukrainian territory unless Russia meddles in, declared the Donbass battalion commander and people’s deputy from the Samopomich party Semen Semenchenko.

It is not reasonable to hold elections in Donbass until its complete liberation, the Donbass battalion commander and people’s deputy from the Samopomich party Semen Semenchenko said in the comment to the GORDON .

"It must be the status of temporarily occupied territories. There should be no elections or similar events until their liberation because the terrorists have power and we cannot control them. Many people in our party share this opinion. A special status for Donbass territories that are controlled by Ukraine is only possible concerning law enforcement activities or military affairs if, for example, the question of partial martial law is considered. I do not see any need in the special status in other spheres," he said.

The people’s deputy thinks that the territory of Ukraine can be promptly liberated from terrorists unless Russia meddles in.

"If military actions are resumed, the unlawful military units will be defeated and thrown out of the Ukrainian territory if our country has enough political will and unless Russia meddles in. If Russia interferes, there must be an appropriate address to Putin, and we will see if we will take it into consideration or not. I do not think that we should now take into serious consideration what representatives of terrorist organizations say," Semenchenko reported.