Slava Rabinovich: I do not think that the will full-scale war will start, if Merkel and Hollande will refuse to talk with Putin 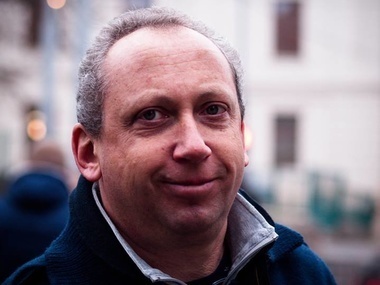 Most of the heads of states no longer want and can not deal directly with the Russian president, German Chancellor and French President act as an intermediaries, a Russian financier Slava Rabinovich considers.

If German Chancellor Angela Merkel and French President Francois Hollande abandon their role of international mediators in talks with Putin, still the full-scale war will start, a Russian financier Slava Rabinovich thinks. He said this in a comment to "GORDON" .

"If Merkel and Hollande will refuse to talk with Putin, I do not think it will be a full-scale war. Depending on what actions Russia take there may be more sanctions. They can expand the sanctions list of a hundred, or maybe thousand people. They can increase the depth of these sanctions. Ukraine can be delivered lethal weapons and it will be heavily-armed.  NATO troops can finally enter into Ukraine, and thus close the Russian-Ukrainian border. A lot of things can be done to avoid a full-scale war "- said Rabinovich.

According to him, the United States, although does not take a visible part in the talks, but support Europe in the Ukrainian question.

"Although France and Germany are, of course, not the US, but, nevertheless, they are united with America, and America is united with Europe on the Ukrainian question. From the point of view at least on NATO and many other values. After all, NATO is not so much an economic as a military and political alliance. In that situation, as Obama considers below his dignity, and his opportunities to talk directly with Putin, France and Germany took on the role of intermediaries, "- said the financier.

According to Rabinovich, most heads of state no longer want to deal directly with the Russian president.

"Most likely, this idea was told Putin - that most heads of states do not want and can not deal with him directly and such a function, reluctantly and not shaking hands, took the two countries. However, they may soon cease to do it as well. I think that this kind of signals were sent to the Russian leader, "- said Rabinovich.