Bohdan: I had very tough ideological conversation with Klitschko in my office 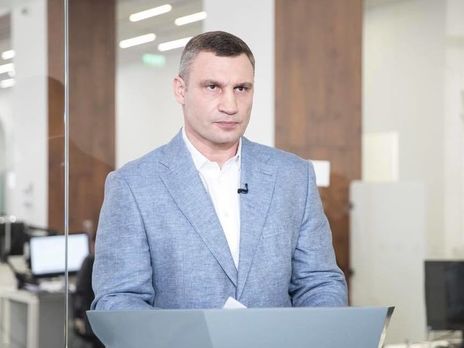 Andriy Bohdan, former Head of the Office of the President, hopes that Kyiv mayor Vitali Klitschko will not be blackmailed by some groups within the Kyiv City Council and will become more independent. Bohdan discussed it during an interview with Dmytro Gordon, founder of internet-based media GORDON.

Andriy Bohdan, former Head of the Office of the President, on the air of Dmytro Gordon’s author talk show GORDON recollected how he had conversation in his office with the mayor of Kyiv Vitali Klitschko.

“I had a very tough ideological conversation with him in my office.” – said Bohdan.

He noted that he didn’t fear Klitschko and called him “a sane lad”.

“I invited him and said: "Vitaly Volodymyrovich, look. We are the new government. We came under the slogan" honesty. "And we really do not steal. I will not ask you to do something and I will not change anything for you, but if what happens to you now happens, then everyone will say that you have agreed it with us. And in some of yours ... I don’t know, you’re in the share, not in the share, you know, you don’t know ... It doesn’t matter. Negative information will fall on us. And I don’t want that. Please. I don’t care who the mayor of Kyiv. Whom the people of Kyiv want, let them elect. The less I hear about it, the I will live more calmly. I already have enough problems in my life. Make it so that they say to me: “That's it, there are no watchmen.” And he went.” – said Bohdan.

"This is a separate story. But today I know that he has significantly improved the situation. I really hope that he will become independent in this election. He will not be able to be blackmailed by some groups within the Kyiv City Council, who need to saw off something, give it away, forgive in exchange for their vote. Then he will become mayor, then he will work honestly. I hope so.", – Bogdan went on.

Vitali Klitschko serves as mayor of Kyiv and the Head of Kyiv City State Administration since June 2014.

Soon after Presidential and Parliamentary elections in 2019 representatives of pro-presidential Servants of the People party and the Office of the President declared their intention to arrange preterm local elections including one in Kyiv. Also, suggestion was made to divide positions of Kyiv’s mayor and the Head of Kyiv City State Administration which in its turn would result in Klitschko’s resignation from his City State Administration office. Subsequently, President’s team abandoned the idea of early election and the draft of the law on separation of the positions has been left without consideration.

On this background, public altercations between Bohdan and Klitschko took place. On July 30, 2019, Bohdan stated that Klitschko “lost control of the capital and cannot cope with the onlookers in the Kyiv City Council." In addition, he declared that recently he had received an offer from one of the Kyiv’s “onlookers” to grab money from city budget and “leave alone the Head of the Administration”.

Klitschko called Bohdan’s statements “The Tales from the Crypt”. And after that he filed a complaint to National Anti-Corruption Bureau of Ukraine.