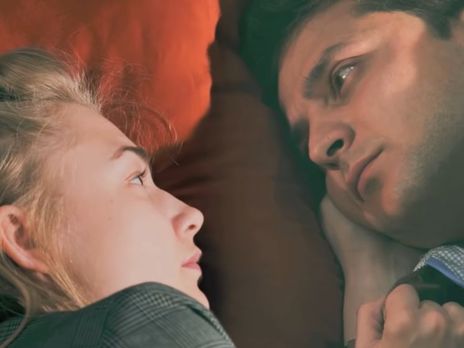 A film starring Zelensky (on the right) now is banned in Ukraine
Screenshot: Central Partnership / YouTube

Film called “Eight first dates” in which one of the characters was portrayed by acting President of Ukraine Volodymyr Zelensky now is banned to show in Ukraine.

In 2019 Ukrainian State Film Agency forbade to demonstrate and distribute in Ukraine five films. The order on it was published (.docx) on Agency’s official web site.

Three films were banned in accordance to the Law “On cinematography”, orders of Ministry of Culture “On addition to the List of the persons who are compromising national security”. It had been done at request of The Security Service of Ukraine.

Among those films are Machete (2008) starring American actor Steven Seagal, and Trouble at Timpetill (2008) starring French actor Gérard Depardieu. Both Seagal and Depardieu are on the List of the persons who are compromising national security of Ukraine.

The third film is “Eight first dates” (2012) Ekaterina Varnava, Russian actress, plays one of the main roles in the movie, and she is also mentioned at the List of the persons who are compromising national security of Ukraine.

Volodymyr Zelensky, incumbent President of Ukraine, was one of the screenwriters for the film; he also plays one of the main roles.

Besides, Expert commission on film distribution decided that two Russian films should also be banned, namely: “I don’t think so” (2017) and “The Arrow” (2017).

According to Article 15-1 of Law of Ukraine “On cinematography” it is prohibited to distribute films made by the Aggressor Country after January 1, 2014.

In January 2016, The Cabinet of Ministers of Ukraine authorized Ukrainian State Film Agency to make decisions on banning films starring actors who had been declared persona non grata in Ukraine.