Belkovsky: Putin is sure that Ukraine is about to collapse. And it is not because of the Kremlin but because of contradictions within the Ukrainian elite 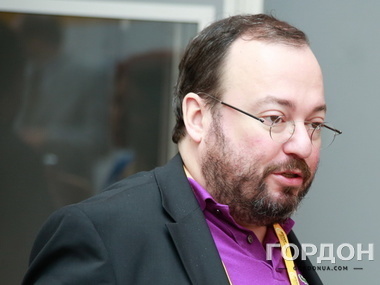 Stanislav Belkovsky believes that Ukraine must get rid of the damned past
Photo: Alexandr Khomenko / Gordonua.com

Petro Poroshenko and Arseny Yatsenyuk gave Vladimir Putin every reason to maintain that the European integration of Ukraine is a bluff, considers the Russian political scientist Stanislav Belkovsky.

Shelling in Mariupol proves that Russia is trying to achieve direct negotiations with the West regarding the destiny of Ukraine by escalating the conflict, the Russian political scientist Stanislav Belkovsky stated it in the comment to the GORDON .

"Today's shelling in Mariupol is additional evidence that official Russia in the person of Vladimir Putin is prepared to escalate the military conflict if the West does not embark on direct negotiations with the Kremlin regarding the future of Ukraine," Belkovsky considers.

"Talks that "Putin surrendered Donbass" or "is in an inadequate state" are absolute lies. The Russian President was looking forward to the negotiations in Astana on January 15, 2015, but the summit was disrupted at the initiative of Germany. Besides, Putin was offended when he was not invited to the 70th anniversary of the liberation of Auschwitz. The reaction could be expected – escalation of the conflict in the east of Ukraine," the expert noted.

According to Belkovsky, escalation of the conflict in the east of Ukraine will get amplified.

"The war will only get fiercer because Putin is sure now more than ever: Ukraine is just about to collapse. And it will not collapse because of the influence of the Kremlin but rather because of contradictions within the Ukrainian political and oligarchic elite when Petro Poroshenko deceives its own people (for example, he denied existence of confidential Minsk protocols, though it became clear that they exist), and the Prime Minister Arseny Yatsenyuk cannot conceal his dependence on oligarchic clans. The Russian President is convinced that Ukraine is bound to collapse in 2015, and the West will be compelled to address Putin directly in order to save it," the political scientist believes.

"What shall Ukraine do now? Decide whether Russia is a partner in negotiations or a belligerent party. Secondly, it must get rid of the damned past as soon as possible. Poroshenko and Yatsenyuk have not got rid of the previous stereotypes either in the personnel policy or in other basic aspects. If Ukraine wants to go to Europe, there must be qualitative changes in the "power – business" and "power – society" relationships. It seems to me that Poroshenko and Yatsenyuk gave Putin enough reason to maintain that European integration of Ukraine is a bluff," Belkovsky noted.

However, Belkovsky is convinced that Vladimir Putin will lose one way or another, but it is difficult to predict when it will happen.

"It is very difficult to answer the question what can stop Putin now. None of the participants of this drama have a strategy. The Russian leader relies only on the support of his nation, his troops and on good luck that accompanied him throughout his rule. It is obvious to me that Putin is playing against history, he took a strategically wrong position and will lose therefore. However, it is not clear what events or tendencies will cause it," Belkovsky declared.