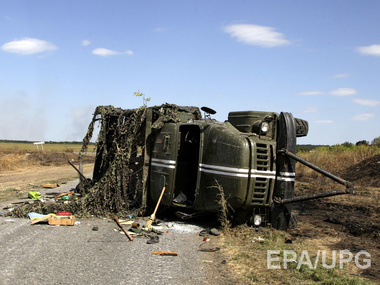 There are both soldiers of regular units and members of voluntary battalions among them, the Deputy Military Commissar of Zaporozhie region Mikhail Logvinov reported.

Bodies of 87 people killed near Ilovaisk have been transported to the regional forensic medical examination bureau in Zaporozhie. It was reported by UNIAN referring to the Deputy Military Commissar of Zaporozhie region Mikhail Logvinov.

According to the preliminary data, four of those delivered are residents of Zaporozhie region. According to the deputy military commissar, the dead will not be brought to the region anymore. He did not specify whether bodies from the Ilovaisk pocket were transported to other regions.