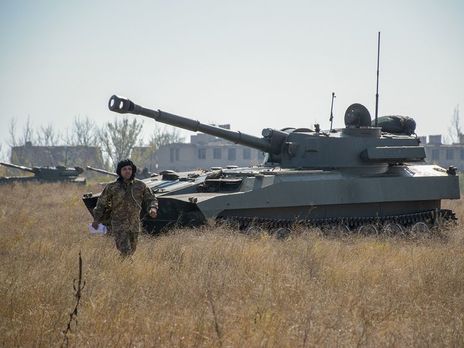 Armed Forces of Russia are getting ready for a full-scale military offence, reports Oleksii Taran, deputy chief of General Staff of the Armed Forces of Ukraine (AFU), in an interview for Tyzhden published on October 18.

“Russia is getting ready to start a full-scale military aggression. Those plans are obvious. In this respect, AFU prepare to fight off armed aggression along all the length of the state border of Ukraine. It concerns not only the line of contact but also other regions starting from Belorussia border and going farther in proximity of Crimea and Bessarabia”, – he says.

According to Taran today AFU have “adequate quantity of trained command staff able to plan and manage armed forces in these important areas”.

In 2014 immediately after the annexation of Crimea, the Russian Federation commenced a military aggression in the East of Ukraine. The armed conflict involves the Armed Forces of Ukraine on one side and Russian army and Russian-backed separatists that control parts of Donetsk and Luhansk regions on the other side. Officially, Russia denies its intervention in Ukraine despite facts and proofs provided by Ukraine.

According to Ukrainian military men Russia keeps forced armed troops grouping in close proximity of the border with Ukraine.