Ex-head assistant of Security Police of Ukraine Skipalsky: It is necessary to reorient the work of our security services on fight with terrorism, but not with our own people

Moscow works secretly during the preparation of acts of terrorism in Ukraine, the ex-head assistant of Security Police general lieutenant Aleksandr Skipalsky considers. 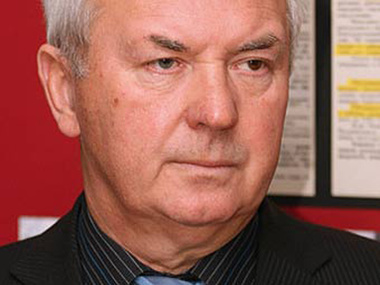 Skipalsky: the national security needs to be reformed for 180%
Photo: censor.net.ua

Work of the Ukrainian security services needs to be improved and reoriented, the ex-deputy head of Security Police, general lieutenant Aleksandr Skipalsky reported in the comment to "GORDON".

"It is necessary to improve the work of our security services and to reorient them on fight against the enemy and terrorism, but not with our own people. It is necessary to reorient both the system of work, and the system of training. Unfortunately, there is large number of those people in our law-enforcement structures who under the guise of fight against criminals is going to fight against own people. The national security needs to be reformed for 180%", – the expert told.

According to Skipalsky, it is necessary to reform the Security police of Ukraine.

"We should professionally reorient security police of Ukraine which has to struggle with the external enemy, but not with manifestation of discontent within the country, on what all its activity was directed in recent years", – he declared.

Skipalsky considers that it is possible that Russia prepares terrorist attacks.

"Kharkov, Dnepropetrovsk, Zaporozhye, Nikolaev, Odessa, Lviv and, it is not excluded, Kiev are on threat. Act of terrorism is possible in Lviv as natural revenge that most of Ukrainians live there. A main objective of these acts of terrorism is not destruction of a large number of people, but intimidation. Everything is kept dark. The centers in the Crimea, in Donetsk and Lugansk are generally used. Moscow works through one threshold, not directly sending saboteurs. Thus, ears and hands of Russia hide", – the former head assistant of Security Police reported.