Academician Popovich: To put up a fight in Odessa could only a political force interested in destruction of the democracy in Ukraine 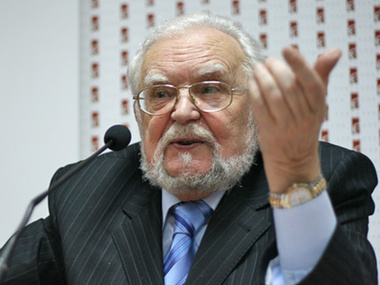 “To arrange such slaughter could only a political force interested in destruction of the democracy in Ukraine. Indeed it is obvious that it is just idiotism but it isn’t getting easier in heart. In the end there will be screening of normal opposition from that criminal that is offered to us instead of the policy”, said the Academician.

Popovich thinks that the state is obliged to initiate a criminal case and demonstrate that it has no common with banditry.

“No doubt both state and political forces that support it are guilty in all these infightings. Lots of failures, lots of mistakes. But they have to be corrected on a democratic basis acceptable for the whole civilization. And if in other way, it means that we are being pushed to chasm. I’m sure that we won’t get into it but for this it is necessary that everybody imagine that there is no such way for Ukraine because all inner and outer confederates who make us strong will repudiate us”, he declared.

“I am sure that our northern neighbor and today’s Russian government are interested in such developments in Ukraine. And if one delves we will find traces of their participation in this entire outrageous situation”, summed up Popovich.

On September 30 Nestor Shufrich came to Odessa to the conference with Odessa “Oppositional block”. Activists of “the Right sector”, “Self-defense”, Automaidan and Euromaidan learned about this and came to the building of the Regional State Administration. There was squabbling that grew into fight. Physicians diagnosed to Shufrich closed craniocerebral injury.