Chornovil: As soon as the West lifts sanctions and prices for oil increase, Russia will return to the Novorossiya project 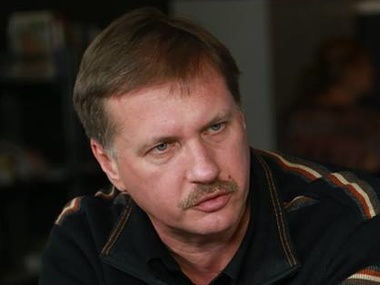 While Putin's regime is in power in Russia, destabilization of Ukraine and making of an overland corridor from Kharkov to Odessa will persist, the former People's Deputy Taras Chornovil is convinced.

‘Russia only froze rather than wound up the Novorossiya project in Ukraine,’ Taras Chornovil is convinced. The former People's Deputy from Party of Regions declared this in his comments for the GORDON.

‘The Novorossiya project will not be concluded until the present regime remains in power in Russia. The only way for Putin to avoid the conflicts and opposition within the Russian Federation is to find an external enemy fighting against which will distract the Russian people from its real problems. All fascist states began like this,’ Chornovil explained.

The politician is convinced that active destabilization of Ukraine on Russia’s part will persist.

‘Long-lasting frozen conflict in Donbass, provocation, surge of terrorist acts in the peaceful territory of Ukraine is what awaits us. The Novorossiya project will keep recommencing. The overland corridor from Kharkov to Odessa is necessary for Putin. He did not give up this idea, he only postponed it. It largely depends on Ukraine whether this postponement will be irrevocable,’ Chornovil is convinced.

According to the expert, the Novorossiya project is frozen for several reasons, the main of which is the influence of Western sanctions against Russia and dropping of the global prices for oil.

‘People in Ukraine keep saying, ‘The West is doing so little to stop Putin.’ The USA and Europe are really doing much less than we would like them to do, but much more than it could be expected. Oil price in the world markets fell under $90 for a barrel. The West did serious work to enable this: it lifted sanctions from Iran, reached political and economic arrangements with Saudi Arabia and other Gulf States allowing them to increase production and sale of oil, thus having the prices dropped. Besides, the USA opened the strategic power reserves. Thanks to the steps of the West, Russia is now actually on the verge of an economic disaster,’ Chornovil declared.
Tags: Vladimir Putin, Russia-Ukraine relations, Taras Chornovil, Novorossiya
Опрос