Diplomat Yaremenko: The worst scenario is a frozen civil war in Ukraine 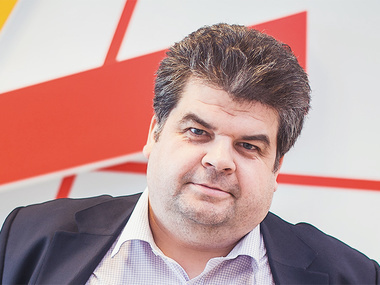 There can be no political settlement at the negotiations in Minsk with the present parties, considers the Ukrainian diplomat, former Consul-General in Edinburgh and Istanbul Bogdan Yaremenko.

Peace talks in Minsk have reached a deadlock, and the military conflict in Ukraine may be frozen, the Ukrainian diplomat, former Consul-General in Edinburgh and Istanbul Bogdan Yaremenko said in the comment to the GORDON.

"It seems to me that the peace talks have reached a deadlock because the parties have opposite objectives. The most that we can hope for is another decision on de-escalation of the situation in Donbass, but this de-escalation will not be complete. Political settlement is not possible with the current negotiating parties and agenda," Yaremenko said.

According to him, Donbass must be granted a status of officially occupied territory and bring it out of Ukraine’s legal framework.

"My suggestion is to take a cardinally new approach to this situation: Donbass should be granted a status of officially occupied territories, the prospect of their returning to the structure of Ukraine should be abandoned, the demarcation line should be fortified and thus the conflict should be frozen, but with a very important reservation that Donbass will remain outside Ukraine’s legal framework. Ukraine will not be responsible for its financing and restoration," the diplomat reported.

Yaremenko believes that there is no other option but freezing of the military conflict.

"There is no other option but freezing the conflict now. There are two possibilities: either it will be as I suggest or Putin will have his way, and this conflict will be frozen within the territory of Ukraine with Donbass being granted a special status in Ukraine. It will mean a frozen civil war in Ukraine, and it is the worst scenario of all," the diplomat said.