Economist Okhrimenko: I do not believe in food riots, but there can be a problem - how to find a paid job 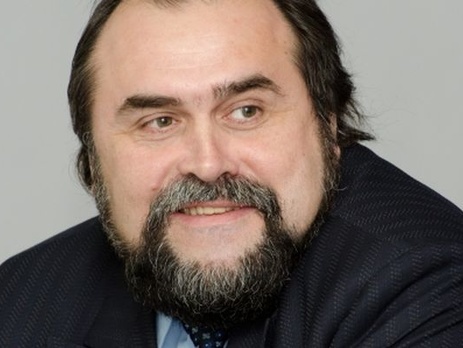 Ohrimenko: Why do we take a new loan from the IMF? In order to repay the old loans from the IMF
Photo: from-ua.com

To reduce social standards just to get into a new debt - is absurd, says the economist, the president of the Ukrainian Analytical Center Aleksander Okhrimenko.

There won’t be any food riots in Ukraine, but the problems with paid jobs may become chronic, said in a comment to "Gordon" the economist Aleksander Okhrimenko.

"I do not believe in food riots as food is still ours. There can be problems with coffee, tea and fish, but people will survive. There will be still enough bread, meat and milk. But by the summer the problem may appear with how to find a paid job. Even now the wage arrears have increased more than twice. This process can become chronic, "- he said.

Ohrimenko thinks that the Ukrainians will not sustain increase of utility bills and will stop paying.

"Currently the spending on utility services have increased. The Ukrainians will not be able to stand it and will simply stop paying. In addition, there is no work and no salary increases, as a result, we risk to get into a situation where people do not have the money and the crisis of non-payment will be huge, "- said the economist.

According to the economist, the decision to reduce social standards in order to obtain a new loan - is absurd.

"Why do we take out a new loan from the IMF? In order to repay old loans from the IMF. That is the problem of the IMF, and social standards - is a problem of the Ukrainians. In 2014, we have already received credit. How did Ukrainians feel it ?! In no way. Has there become more work places or has the salary grown ?! On the contrary, the situation has become even less attractive. We began to play politics with this loan. I understand that this is a PR and an opportunity to show themselves, but the IMF loan is just an ordinary loan that must be repaid. To reduce social standards only to get into new debt - is absurd, "- concluded Okhrimenko.
Tags: Aleksandr Okhrymenko, IMF, Ukraine
Опрос