Fesenko: The most likely reason for Putin’s absence is a serious but not deadly health problem 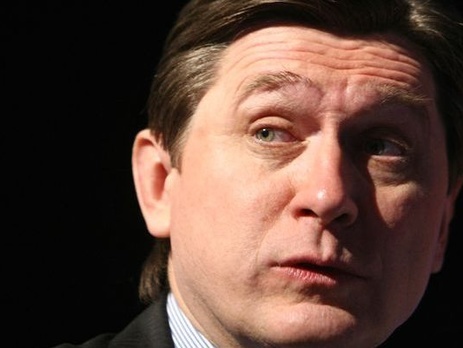 The political scientist and head of the Centre of Applied Political Research "Penta" Vladimir Fesenko in the comment to the GORDON described the main reasons for the Russian president’s absence from public view, the image trap into which Vladimir Putin caught himself, and the struggle within the Russian leader’s environment.

There may be different reasons for Vladimir Putin’s absence from public view – from health problems to his idea of testing his environment. If the Russian president is really so weak that he will resign, there will be a struggle for power in his environment, similar to the one after Stalin’s death. The political scientist Vladimir Fesenko said how likely such version is and what it will mean for Russia.

He cannot afford looking sick or unfit. He has become a slave of his image

The current Russian power is very reserved. I think that the answer to the question, "What is wrong with Putin and why did he disappear from the public view?" will become known some time later. What are the possible versions today?

Version 1, the most simple and the most logical one, is related to the state of his health. One of the Russian media wrote that Putin has an ischemic infarction, or even a microstroke. In this case, it may take time for the Russian leader to recover. Putin has driven himself into an image trap. He cannot appear in public looking run-down. He cannot afford looking sick or unfit. On the contrary, he must look like a real macho – confident and strong. He has become a slave of his image. Therefore, if there any more or less serious issues, it takes time to restore Putin’s fitness for him to be able to appear in public. If the problems are graver, it certainly lasts longer to recover.

One of the variants related to health is that Putin likes to undergo rejuvenation procedures. Probably, something like that has taken place now, and it takes time, too. As far as I know from the experience of some Ukrainian politicians, sometimes they like taking physiological and psychological recovery courses in isolation. At least, it means that one must fall out from the public view for several days. I think that some versions related to health are the most probable.

Of course, there is an extreme probability that health problems are very grave and may be deadly. The surroundings may even conceal it for some time to solve the problem of successor and further actions. I do not rule out this possibility, though the versions of recovery and serious but not deadly problems seem the most likely.

I will voice another version. He is called the tsar in Russia. Though some Russian colleagues criticized me when I was talking about tsarism as an element of Russian political culture, but there is autocracy in Russia in updated forms. Why do I mention it? The point is that both Russian autocrats and Eastern despots periodically used this scheme to isolate themselves and watch the reaction of the environment. It is some kind of "loyalty test". Definitely, this version is somewhat conspirological, but everything can happen, and everything can be expected from Putin. If he plays very strange games with the whole world, he can play with his own surroundings, too.

In fact, there may be different versions here. Everything depends on who will become the successor and which model of political development will be chosen by the new Russian leaders. Some people call Putin an autocrat and compare him to Stalin, and putinism to neostalinism in an updated form.

Stalin’s death caused collective command for some period of time, and the formal leader was not the strongest person from the surroundings. This person in Putin’s environment today is Dmitry Medvedev. But he is rather inclined to agree with the West. From the psychological and political point of view, he was aiming at more or less liberal management during his presidency.

This variant cannot be ruled out, either; probably, it is the best option for overcoming today’s crisis. But I am afraid that the situation will develop somewhat differently. Many Russian sources say that the "war party", or even "blood party", to put it stricter, is virtually dominating in Putin’s surroundings now. Law enforcement agents are not liberal. Even if Medvedev becomes the formal leader, he can be imposed very strict framework, and he will have to follow the rules of law enforcement agents. Another option is that one of the law enforcement officers will become the leader. There is no obvious favourite there, and it may cause a certain struggle for power among the Russian management until someone wins and becomes the leader. Finally, there is a third variant that is possible, too, though it does not have any clear prerequisites. If an obvious successor is not defined, there will be a struggle for power among the Russian management.

The Russian political and administrative system is focused on the leader. Last year, the deputy head of the Russian Presidential Administration Volodin said, "Putin is our everything! Putin is Russia!" If Putin is not there, there is a question if Russia can exist after Putin. In my opinion, this variant is unlikely. The crisis in Russia has not gone so far that it can start collapsing. However, the system may split considering Russia’s focus on the leader. Only time will show how deep these splits may be.