Gopko: It is important to recognize at the national level that Russia finances terrorism 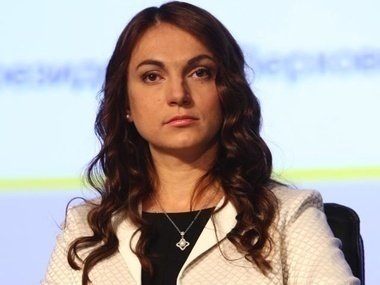 The Budapest Memorandum and the UN Security Council have exhausted themselves, these mechanisms must be revised to secure order in the world, the People’s Deputy from the Samopomich party Anna Gopko considers.

Ukraine must recognize at the national level that Russia proved itself an aggressor, the People’s Deputy from the Samopomich party Anna Gopko said in the comment to the GORDON .

"Russia has not been recognized as an aggressor and a state financing terrorism at the parliamentarian level.  And it will soon be a year since the beginning of Russian aggression in the Crimea. It is very important that we should recognize at the national level that Russia finances terrorism and blocks the activity of the UN Security Council, thus compromising international peace and security," the people’s deputy reported.

According to Gopko, the whole world must become aware that Russia continues financing terrorists.

"It is essential for us to show at the national level that Ukraine’s opponents are not simply terrorists but a whole country that has occupied part of its territory and continues financing organizations whose activities lead to large-scale acts of terrorism. The whole world has seen what happened in Volnovakha and Mariupol," she stated.

Gopko believes that such mechanisms of the United Nations as the Security Council or the Budapest Memorandum have exhausted themselves and need revising.

"We consider the UNO as a security organization that is to ensure order. The mechanisms that are present today have exhausted themselves: the Budapest Memorandum, the UN Security Council, etc.  These mechanisms must be revised to ensure global security. That is why we are raising this question and suggest looking for new formats. If we see that these mechanisms have exhausted themselves and are ineffective, and the member state of the UN Security Council is killing civilians, the UN Charter probably needs revision, too" she summed up.