Historian Gritsak: No matter what is said, the Ukrainian Orthodoxy was a bit different, than in Russia 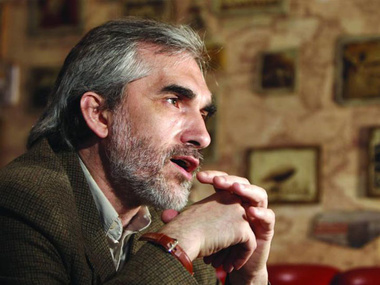 The Moscow and Kiev patriarchy has nothing to divide with each other, Gritsak thinks
Photo: expres.ua

According to the Ukrainian historian, professor of Lviv national university of Franko, the Ukrainian orthodox church of the Moscow patriarchy needs reforms, otherwise it will continue to lose believers further.

According to the Ukrainian historian Yaroslav Gritsak, before the merger of the Ukrainian churches it is necessary to speak about normalization of interchurch dialogue. Gritsak declared it in the comment to GORDON .

"Appeal of that it has some churches, on the one hand, different ones, and on the other hand, similar among themselves. For me the question is not in unification, but in adjustment of dialogue between churches – both religious, and secular. As I belong to Greco-catholic church which always had problems in , we want it very much and we seek for dialogue" — Gritsak declared.

"It is obvious that a lot of things work well with the patriarchy, more than with other churches, but I think those events that we had last year – it was a revolution in all aspects, in particular and the revolution in the interchurch relations. Perhaps, very few people noticed, but for the first time the Ukrainian churches were in dialogue with each other, and priests of all churches were on the Maidan" — the historian noted.

The church loses its believers and it started losing them not even today, but a long time ago. "I think that, perhaps, it will sound strange, but the and patriarchy has nothing to divide with each other. If to speak about creation of a new church, we should speak about merger of Orthodox Church. I would support the creation of Joint Ukrainian Orthodox Church, but, unfortunately, it is a political case and thus even if it is possible we need a lot of time for this" — the historian considers.

According to Yaroslav Gritsak the pressure from simple believers can compel UOC MP to go for reforms.

"The church loses its believers and it started losing them not even today, but a long time ago.  I do not know, whether we realize that the fact that most of believers of the patriarchy are not in , but in and . For them is very painful territory because, losing , they lose considerable part of the monasteries and perishes. I met believers more than once on who told about cases when the priest remains pro-Moscow, and parishioners become pro-Ukrainian. It causes certain pressure. It forces church to be reformed. If there are no reforms, this church will lose its believers. I think that it is one more reason why the church has to go for unification" — Gritsak noted.

"No matter what is said, the Ukrainian Orthodoxy was a bit different, than Orthodoxy in . Dogmatically it was very close, but the historical tradition left the mark. There is a tradition which does this difference of Orthodoxy rather considerable from the tradition. Beginning from Christmas carols, finishing with other practices" — Gritsak declared.