Illarionov: Terrorists will try to create a pocket around Mariupol within a week 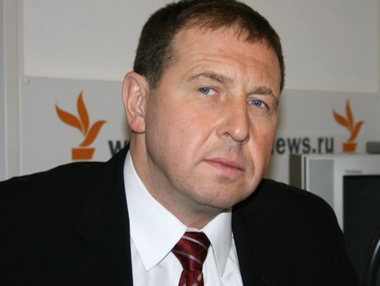 Illarionov: Terrorists will start the offensive within a week
Photo: joinfo.ua

The situation in Donbass can only be improved by replacing the Ukrainian military command and military apparatus, considers the former advisor to the Russian President Vladimir Putin and senior fellow at the Cato Institute in Washington Andrey Illarionov.

The fighters will try to create a pocket around Mariupol within a week, the Russian President Vladimir Putin’s former advisor Andrey Illarionov said in the comment to the GORDON .

"There will be the offensive, but I cannot say exactly when. I presume that the main attack will probably take place in several days. Probably, in a week. It will develop at an ever-increasing rate, but large-scale military actions will probable unfold in the middle of the month. I think that the main attack will not be aimed at Mariupol, but will go around Mariupol with the purpose to seize Mariupol. It means that they will try to create a pocket around Mariupol," he said.

According to him, the situation in Donbass can only be improved by replacing the Ukrainian military command and military apparatus.

"It depends almost exclusively on the military. These steps have already been discussed more than once. I am afraid that the basic step is the replacement of the military command and the whole military management. It must not be limited to one person, but should concern the military apparatus itself. It is impossible to win with a wrong person at the head, whereas if the leader is an unexperienced but a right person, there are no guarantees, but there are chances," Illarionov stated.