Shenderovich: As if we did not know where pride of the nation is made! 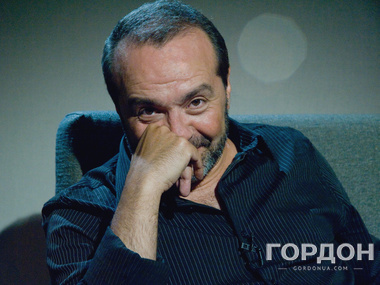 The columnist of the "GORDON" and satirist writer Viktor Shenderovich reflects on how the political views of football fans differ and why the fans shout "Putin – h... lo".

The hospitable Belarusian fans performed the hit of this season – the song "Putin – hu... lo" (la - la - la - la-la...) – all together during the match Belarus vs. Ukraine.

Three days later, before the match Russia vs. Moldova, Russian fans raised banners with portraits of the leaders of the so-called Donetsk and Lugansk National Republics saying ‘Pride of the Nation’.

As in a joked from my childhood: ‘two worlds – two Shapiros’.

Since the song whose creative value is inferior to its contents was performed by free people. (who suffered arrests and fines for this pleasure). And the banner in Moscow was raised by lackeys.

It is quite difficult to imagine even one football fan who knows personally or by surnames all this doubtful "pride of the nation", you see. And now imagine a sect of people who at the same time sympathize with Dzyuba and Pushilin, enthusiasts who have bought dozen of tickets for the match Russia vs. Moldova (which is a deed in itself), and then even chipped in and ordered a huge banner, and dragged this banner through vigilant cops at the entrance, and all this just to express their kind of civic position (coinciding with the instructions of the Vremya program)…

Do whatever, but my imagination fails me here!

And what I can easily imagine is the joyful "activists" brought by buses to the place of the next freebie; officials who personally give them tickets and hand in banners made on industrial scale at the expense of the budget …

As if we did no know where pride of the nation is made.