Kazansky: Direct administration from Kiev with the involvement of the military should be introduced in certain "temporarily occupied" regions of Donbass 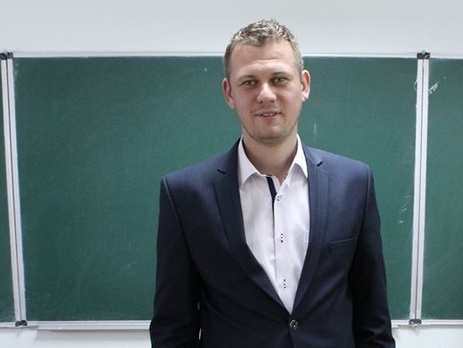 Kazansky: It is not clear why Donbass regions should have a special status and what they are better than other Ukrainian regions
Photo: MEDIA START training center / Facebook

Terrorists will not recognize the line elaborated by Ukraine, and there will be another round of conflict escalation, considers the blogger from Donetsk and journalist Denis Kazansky.

Direct administration from Kiev can be introduced in some of the "temporarily occupied" territories of Donbass, the journalist of Donetsk Pravda (Donetsk Truth) and blogger Denis Kazansky said in the comment to the GORDON .

"Occupied regions of Donbass can only have the status of occupied territories, while its Ukrainian regions can have the ordinary status of Ukrainian territories. Certainly, frontline regions must have a special administration status, but I would call it a special status. The martial law or ATO regime can be introduced in certain regions until the situation is stabilized there. For example, direct administration from Kiev can be introduced with the involvement of the military rather than the local authority," he reported.

Kazansky thinks that the creation of republics or autonomies in the territory of Donbass is inadmissible.

"I think creation of autonomies and republics inadmissible because it is not clear what it is done for and why we should grant these regions with special powers. What are they better than Vinnitsa or Cherkassy, or any other region with the same Ukrainian citizens?" the journalist said.

In his opinion, Russia’s aim is the whole Ukraine.

"Strelkov declared at yesterday’s press conference in Perm that there will be war in Ukraine until it has pro-Russian government. He said it quite sincerely. It was the first time that the aim of this war has been expressed at such a level in Russia. It is not the aim to occupy 10 districts of Donetsk region, the aim is to overthrow the government and establish a puppet regime in Kiev, the aim is the whole Ukraine rather than just Donetsk and Lugansk regions," Kazansky said.

According to the journalist, there may be another round of conflict escalation in the nearest future.

"I expect new conflict escalation.It is clear that the terrorists will not recognize the line elaborated by Ukraine now. There will be constant provocations and disruptions from their side. We saw the same thing near Debaltsevo when they were actually shooting at soldiers’ backs and attacking in spite of the ceasefire. These are negotiations with unnegotiable people," Kazansky summed up.