Ministry of Finance, do not dare economize! Or brilliant advice to the Minister Yaresko 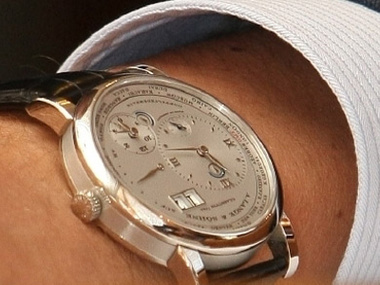 Deputies cannot be deprived of expensive watches, otherwise they will be late for lobbyist deals in restaurants
Photo: luxlux.net

The Ministry of Finance recommends modifying several laws to save budget funds. A document with a detailed description what they going to cut down and where got into journalists’ hands. The columnist of the GORDON edition Yevheni Kuzmenko suggested his economy plan after familiarizing himself with the recommendations of the Ministry of Finance.

Looking at the enormous book with the sinister name "Plan of Total Economy of the Ministry of Finance", I started thinking if there is a way for me to help my native country and the charming Minister of Economy Natalia Yaresko personally?

Why not nationalize Roshen confectionary corporation

I will say right away that I do not have much money and I have even less since the dollar waved its hand to the hryvnia. But, perhaps, I can suggest an idea to the Ukrainian government? They say that good creative ideas cost much money in Wall Street offices where billions circulate and it smells big money round the clock. Should I give it a try?

For example, why not nationalize Rishen confectionary corporation whose nice sales stores grow on the Left bank of the capital like mushrooms (at the background of the economic recession)?

I wrote these words and immediately felt the cold touch of handcuffs on my wrists and the cold look of the Minister of Propaganda Yury Stets. It serves me right: thinking like that means dancing to Putin’s tune? Is not it the Federal Security Service that incepts such thoughts in the heads of morally instable Ukrainian citizens?!

Let it be, I will take another approach and openly recommend the Minister of Finance what MUST NOT be economized on in our country. It will not bring Ms. Yaresko any money, but it will save some time, and time is money, isn’t it?

The first thing that cannot be economized on are the deputies. One should not prevent them from boasting with expensive watches and mobile phones costing tens of thousands dollars in the session hall during war time. Firstly, they can be late for a lobbyist deal in an elite Kiev restaurant without watches. And how can they feed their wives and children then?

And it will be inconvenient for the deputies to text their mistresses without expensive mobile phones or manage illegal takeovers of others’ enterprises (or protect their own ones). What will be people’s deputies’ mood while working for the benefit of the nation?

Prosecutors and tax officers must not be economized on, either. Let us take, for example, the Deputy General Prosecutor Danilenko. What will happen if this decent person slandered by the press is put from a foreign-made car into a cheaper vehicle? What will happen is that it will take Anatoly Vasilyevich a little longer to get from his office in Reznitskaya Street to his luxurious mansion near the villages of Khlepcha and Soltanovka of Vasilkovsk district of Kiev region. By the way, one must not economize on this estate with an area of 140 ha, either: it may anger Anatoly Vasilyevich. And the angered prosecutor will compensate his losses with doubled zeal…

One must not economize on the assets of Yanukovich and his team. They are still people, even if they are scums, and they are in exile

One must not economize on high-ranking military officials, on their bank accounts and cottage houses built by soldiers. One must not abolish their positions, bring them to trial or confiscate property stolen over years of hard work. One must not monitor and dismiss military heroes who come to the front for one hour per month and then fatten in expensive restaurants.
You may ask why one must not do that? If you do that, our front soldiers and officers will have nobody to be angry with (except the enemy). And we are all proud of the morale of our army, aren’t we?

One must not save funds by filling the budget through nationalization of branch offices of Russian enterprises. Firstly, the Kremlin may take offence, and how can we offend the country that took away part of our territory? And once we nationalize something, they will nationalize something, too, somewhere in Lipetsk. Oh, I felt the cold touch of handcuffs on my wrists again…

One must not economize on the assets of Yanukovich and his team. They are scums, but they are still people and they are in exile; perhaps, poor guys have no money to go to Cote d’Azure? Yes, you need not remind, there is the Heavenly Hundred, even a year has not passed since they died. But they are dead, right? One can save on the dead. And what can we do with the living ones who are used to living for ten?

Generally speaking, the more I think the more methodological recommendations to Ms. Yaresko come to my mind. Perhaps, I will issue a separate thick book and send it as to the Ministry of Finance. And maybe to the Security Service of Ukraine, General Prosecutor’s Office and other officials, too? No, they do not need it, they know this list perfectly well. And they masterly economize on criminal cases.

Economist Yaremenko: Actions of the National Bank are contradictory and chaotic. It moves to and fro and we have what we have G
12 november, 2014 19.45 |comments: