More people tend to move towards Donbass, but we cannot tell the scale of this tendency. Anyway, it is unsafe to return there because there is no authority there but for the bandits’ one. 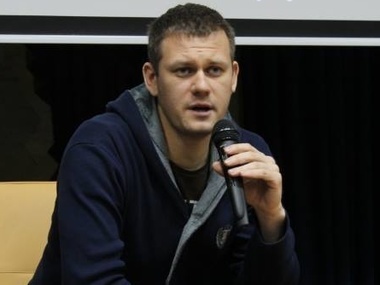 Different people do return. First of all, they have to return only because they have run out of money, there is no place where they can get settled, simply because they have their houses and flats there. Many of those who had left had a low-paid job, low qualification and if they moved somewhere they were not able to rent property and they simply lacked money. They somehow made two ends meet and are now trying to come back because they have thought the situation over and have come to a conclusion that there seems to be a truce, intensity of shooting and military actions has abated, though there are periodical fights in Donetsk. The lull is relatively stable in Luhansk, so more people have returned to Luhansk.

Nobody has any statistics and they cannot have it because there is none. Data published by the UN regarding the number of migrants has nothing to do with the reality because, for example, all my acquaintances, my family and me would not get registered as refugees. We just changed our place of residence and that was it. And most people did like this, they did not register, they just rented some temporary accommodation and moved. And, certainly, that is how they are moving back. It is impossible to say who, how many and how. There is an increase in the flow of people back to Donbass, more people tend to come back, but I cannot tell the scale of these tendencies.

It is surely unsafe there, because, even if the war and the shooting stops now, there is no authority there but for the bandits’ one. How can it possibly be safe there if there are no militia forces and no city authorities? There are some strange armed people, bandits from the Caucasus and Chechnya, Abkhazians and others who live as they wish. How can one live in this area? I definitely do not plan to return there.
Tags: Denis Kazansky, Donbas
Опрос