Ogryzko: The film about the Crimea is a gut check for the West. There is no reaction, and it is evidence for Putin that he can do what he wants 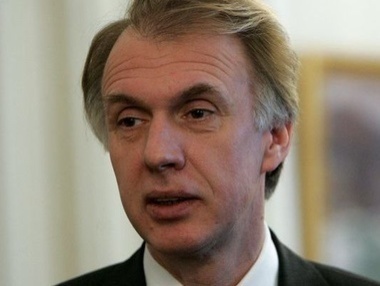 Ogryzko: Putin admits that he lied about the Crimea before, and he does not what the West thinks of him
Photo: telegraf.com.ua

Probably, the film "Donbass. Return to Homeland" may be released in a year, considers the former Minister of Foreign Affairs of Ukraine Vladimir Ogryzko.

The film about the Crimea demonstrated by the Russian TV channel is another check for the West from the Russian President Vladimir Putin, the former Minister of Foreign Affairs Vladimir Ogryzko reported in the comment to the GORDON .

"It is another blackmail of the West by Putin. The Russian president demonstrates that he does not care what people will say about him. He claims, "It is my decision, and I will do this way!" The film is another gut check for the West to see its reaction. As there is no reaction as such, it is additional evidence for Putin that he can continue doing what he wants," he said.

According to Ogryzko, the film demonstrated Russians that the conquest of the neighbouring countries will not stop.

"All this has certain internal address and is aimed at fellow citizens who need to be shown that we have been heroically conquering and will continue conquering everything around. It is the internal political message. Putin needs to continue doing what is interesting to him and continue deceiving. However, it is a secondary point," he said.

Ogryzko believes that Putin is trying to understand what will be the reaction of the West to his further steps.

"The primary point is that, by doing this, he demonstrates to everybody and admits in advance that he lied before and that he does not care what the West thinks of him. It is the key element for Putin to demonstrate that he does not worry about the sanctions, but he worries about the reaction to his further steps. It is another stone thrown in the garden to see the reaction of the West. Probably, the film "Donbass. Return to Homeland" may be released in a year. Of course, if Putin and his regime survive for another year. And it is not unlikely if Ukraine and the West pursue the same policy as they do now," he summed up.