People’s Deputy Krivenko: If gas prices for population go up, there will be a serious risk of social unrest 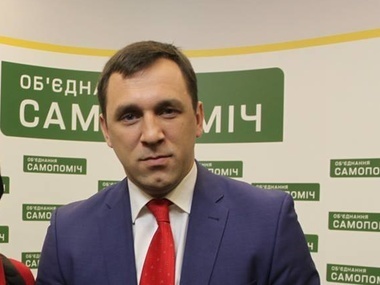 Krivenko: In fact, the economy is in a pre-default state
Photo: Viktor Kryvenko / Facebook

There are no specialists in Ukraine who can predict how much the economy and the currency will fall, reported the Deputy Chairman of the Verkhovna Rada Budgetary Committee and People’s Deputy Viktor Krivenko.

If gas prices for population go up now that there are no economically grounded tariffs, Ukraine may face a wave of social protests in April or May, the Deputy Chairman of the Verkhovna Rada Budgetary Committee and People’s Deputy Viktor Krivenko said in the comment to the GORDON .

"Today there are no specialists who can predict how much our economy and currency will fall. Today’s situation is virtually a pre-default one. If we increase the gas prices for the population now that there is no stable rate or economically grounded tariffs, a serious danger of large social unrest may arise in April or May. The gas prices will go up starting from April 1. But we have enough gas extraction for 90% of population. And a tariff increase by 40% will be enough not only to cover cost price of Ukrgazdobycha (Ukrainian gas extraction), but also to ensure its investment program that we have not seen yet. And the purchase of the imported gas will be enough for social needs, and it is around 1 billion square meters," Krivenko reported.

According to him, the sociologists have estimated that 77% of Ukrainian households will need subsidies in case of an increase of the gas price.

"It will hit an average citizen because I do not believe that the system of subsidies will cope with such an influx. According to the sociological estimates, 77% of Ukrainian households will need subsidies. Firstly, it is wrong to create the society of dependants, secondly, the subsidies will not bridge the gap in the household incomes, and this will be used by populists and political swindlers of various kinds who will destabilize the situation inside thus benefiting our northern neighbour. If the gas price for population is increased by 40%, it will balance the extraction of our own gas," the people’s deputy said.

Krivenko believes that the gas of our own extraction must be sold at economically grounded tariffs.

"Tariffs for heating utility companies should be increased to the price of imported gas starting from November when people receive the first heating payment orders, and it is then that the subsidizing system must be arranged, and the social problem must be resolved comprehensively. Everything that was imported must be sold at the purchase price plus Naftogaz expenses. The gas of our own extraction must be sold at economically grounded tariffs rather than at mysterious market prices. There is no gas market in Ukraine, we have a monopolistic supplier with a part of European supplies who are actually sold at Russian prices," he noted.

In Krivenko’s opinion, currency export should not be restricted.

"I do not support restrictions on currency export. I think that there are always ways to evade them, but it will scare off both Ukrainian and foreign businessmen from bringing currency to Ukraine. They will keep it in off-shore areas as before. I do not support the limit of $500 thousand per contract," he said.

"The key question is where the development of our own production, processing and engineering industry will begin? When will this money printed now be spent on developing our industry rather than food? We had a negative balance in 2012 when USD 24 billion more currency was purchased than sold. The balance is almost zero, in particular, due to the current exchange rate, but our industry is degrading at much greater rates anyway. One may always attribute everything to war. But the point is that Donetsk and Lugansk were not the regions that fed the whole country. The consumed as much as they earned to the budget. They consumed even more," Krivenko said.