Professor Zubov: If the opposition after the merder of Nemtsov loses courage, this power structure will be rampant, as God wills 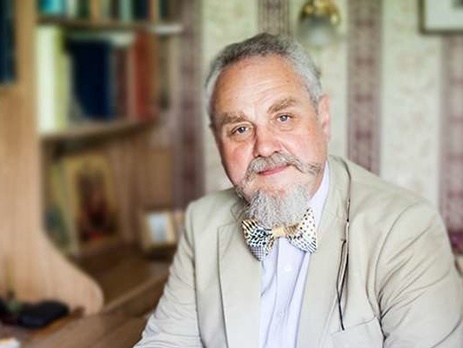 Zubov: Navalnyi accused Putin of killing Nemtsov. He said what many people thought, but did not dare to say, including myself
Photo: pravmir.ru

Murder at the Kremlin walls of one of the prominent leaders of the opposition - a sign that the government has chosen the path of criminal-terrorist regime. This was stated "GORDON" in an exclusive interview with Russian historian, philosopher and theologian Andrey Zubov.

Power in Russia is going to throw away all moral norms, said Russian historian and philosopher, Professor Andrei Zubov.

"The murder of politician of that rank is somehow related to the will of the Kremlin and can not remain just as a fact in history. It carries a huge division in our society. Before the murder, it was announced that there was a whole series of trials of high treason. The murder at the Kremlin walls of one of the prominent opposition leaders, one of the prominent public figures - a sign that the government has chosen the path of direct criminal-terrorist regime. The authorities want to drop all legal norms not only in foreign policy that has already manifested itself in connection with Ukraine, but also to reject all imaginable norms within the country, "- he said.

This is a real milestone for our policy, but what will happen next depends on the people themselves

According Zubov, everyone in Russia should decide for themselves - to follow the authorities or not.

"Now, anyone who has something to do with power, decides for himself: is he with that terrorist and criminal regime or is he, at least, not involved in its affairs, or even resists it. It's a matter of conscience, which is already stained with blood. This question is not a joke and not the game as we and you have recently had, when it was possible to lie and to vilify each other, and then to drink together and laugh and smile. Now it's over forever. Just like you have it ended during the bloody events on the Maidan, when so much blood was shed. This is the real milestone for our policy, but what will happen next it depends on the people themselves, "- said the professor.

Russians need to reconsider what is happening in the country, said Zubov, only then a slow path to democracy will begin.

"Yesterday during the funeral ceremony at the Sakharov Center many opposition figures and leaders talked about the need to forget all the contradictions, all the ambitions and to unite. If many people wake up and say," Look, what's happening? Death and terror came to our houses" and rethink events in Ukraine and the economic crisis in which we now crept in to the full extent, there will be one scenario - a scenario of confrontation of power and, I think, uneasy, but more or less the triumph of democratic Russia. And if the opposition loses its courage and run away very quietly abroad or in private life, if people say, "this is none of my business - I know nothing", then this polical power will rage for so many decades, as God wills. The same way as, in fact, totalitarian communist regime raged in our country after the victory in the Civil War, "- said the historian.

According to him, Nemtsov was killed in connection with his report on the participation of the regular Russian army in military operations in Ukraine.

"As I know from the Internet, Ukrainian trail of Nemtsov murder is not very actively discussed. Yes, it is here, it is present, it is somehow called not identifying, alluding to this unfortunate girl who was a witness to a crime. It is absolutely silly. There is Ukrainian trail, only it is different. Nemtsov was preparing a report on the participation of the regular Russian army in military operations in the south-east of Ukraine. It is, I think one of the reasons why they hastened to kill him. It is a painful subject. The first step was a search at the apartment of the killed and complete withdrawal of all media. He was behaved like a criminal, and not as a victim, "- said Zubov.

According to Zubov, the murder of opposition politician was beneficial to Russian authorities.

"Yesterday, Navalny directly and clearly accused Putin and his entourage of direct or indirect murder of Nemtsov. He said what many people thought, but did not dare to say, for whatever reasons, including myself. It seems to me that the basic version is clear. In life, of course, anything can happen. But who benefits? Definitely our authorities. They intimidate people and from these treason agains the State processes,  from the struggle with non-profit organizations and foreign agents, they moved forward to the murder. According to the laws of the criminal world it is even required, because if you intimidate someone, say, wanting to get his property or repay the debt, you have to kill, to show that you're cool.

By killing Nemtsov, authorities showed their toughness, but, as always, they were wrong

Here, in fact, the power showed its toughness, but, as always, it made a mistake, because the first thing Peskov said afterwards: "So what? They killed an ordinary citizen." And in the end it turned out that the entire thoughtful Russia from the Far East to Kenikgsberg was outraged and went up, and showed itself "- the professor admited.

There were a lot of people at the Nemtsov funeral, according to Zubov.

"It was frosty and cold, and people staied for one and a half hours to say goodbye to Nemtsov. I was there and stood in the queue. I came early, around 10, so I waited for half an hour, and those who came later couldn’t even get there. There were a lot of people. The line was from the Kursk railway station, that is about 2-3 trolleybus stops, "- he said.