Psychiatry Filts: Russia will break up in 2017 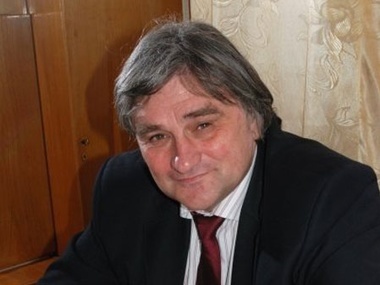 Ukrainian psychiatrist, psychotherapist and psychoanalyst, Head of the Department of Psychiatry and Psychotherapy of Lviv Medical State University, President of the Ukrainian Union of psychotherapists Alexander Filts in an exclusive interview with "GORDON" talked about what Russia needs Ukrainian gene pool, what can we expect from Putin and why it is important to be able to separate the facts from the comments.

Tatyana Orel: Last week GORDON edition published the interview with a psychiatrist Tina Beradze who from the professional point of view has analyzed Putin’s personality and deeds. Judging from the fact that publication was reviewed about ten thousand times, this topic alarms a great many of people – since both Ukraine and Europe became hostages of the ambitions of the same person. We decided to follow up this topic in order to take the opinion of the professor of psychiatry Aleksandr Filts. Along with his colleague Tina Beradze he considers: “Putin is sane”. And adds: “Unfortunately”.

Putin acts as well as the other dictators – Caligula, Hitler, Stalin and he acts consciously.

Aleksandr Orestovich, today’s war as any other amounts not only to the number of deceased and maimed, left without home, work which means without subsistence but also the number of people who lost orienting points in life. Recently in Kiev Metro spouses from Lugansk having joined hands threw themselves in front of a train.  They had a miraculous escape, surgeons help them but one cannot get rid of mental trauma on operating table. This war “hurts” with its specific wiliness – in fact nobody in Ukraine waited for it from the “fraternal” country. Now psychiatrists and psychologists will definitely have more patients. How people could see the light at the end of the tunnel?

We should estimate the events from the point of view of the history that knew lots of wars that lasted sometimes months and even decades but everything ended in peace. Today the pace of geopolitical events increases rapidly and situation may be resolved quickly. Russia will break up in 2017.

That’s it! You are the professor of not only psychiatry but also futurology, aren’t you?

I instinctively set this date for me. I feel so. If only intuition doesn’t betray also Putin who, as many people think, pulls to downfall his own country. If his instinct of self-preservation activates Russia will slow down at least at the edge and Ukraine, finally, will be able to heave a sigh of relief and build a new life investing milliards in economy, not war. But today the question of sanity of the Russian “steersman” is being discussed seriously…

Do you consider him to be a pathological personality?

To tell the truth, unfortunately – no.

Since this would simplify understanding of the situation. Wild guesses as to his insanity don’t make possible to us to correctly foresee his further steps. Putin acts as well as the other dictators – Caligula, Hitler, Stalin and he acts consciously. Although in the professional ethics of psychologists and psychiatrists there is a fundamental clause: not to estimate personality out of direct contact with him.