Sadoviy: MPs should have been given time to understand the budget and tax amendments to vote consciously 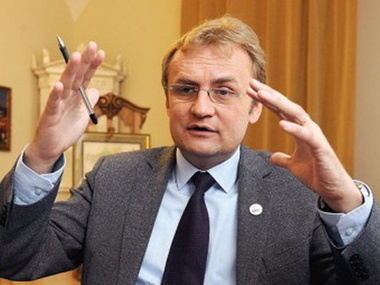 Sadovyy says it is too early to speak about the end of the oligarchy
Photo: elekt.org.ua

Lviv Mayor and head of the party "Samopomіch" Andriy Sadoviy said that the parliament adopted the reforms in taxation that will not be able to give a sense of justice to ordinary people.

Lviv Mayor Andrey Sadoviy said that the budget for next year was taken in a hurry so that we could start working with the financial plan next year. He said this in a comment to the "Gordon".

"I understand that today, it is important that this budget existed so that we could work due to the plan the next year. But if someone has fantasized that with one vote we put an end to the oligarchy, it is a very big imagination. I can see prelude now, but I cannot see the real here, "– said Sadoviy.

According to him, the real estate tax may harm vulnerable groups.

"The maximum tax rate on real estate is 2%. For example, a pensioner will pay more than 1 000 UAH. This is absurd. When we implement this law in Lviv, we will first of all take care of people, we have to this tax not painful. I understand that UAH 20-30 for a pensioner to pay is normal, but a large amount will be painful, because the pension is minimum and for the last 7-8 months, people have become poorer than twice. The dollar was UAH 8 , and now it is 16 -17 and above. Therefore, these laws and decisions can not give people a sense of justice, "– said Andrey Sadoviy.

According to the politician, for the adoption of these legislative initiatives deputies had to be given more time to get better acquainted with the proposals and conduct informed vote.

"From the point of view of common sense this night voting is not entirely correct. I would do it systematically, consistently, to make informed decisions. On the other hand, when there is a war and we do not know what will happen tomorrow or the day after, very often the desire to do well offsets everything. The situation is not typical and the question here is not to the deputies, but rather to the heads of state. To my opinion, they had to give MPs the opportunity to penetrate and vote consciously, despite such a complex situation, "– the mayor of the city concluded.