Sirotyuk about the note with Hitler: This is the agony of the Russian lies, and the only medication is the truth 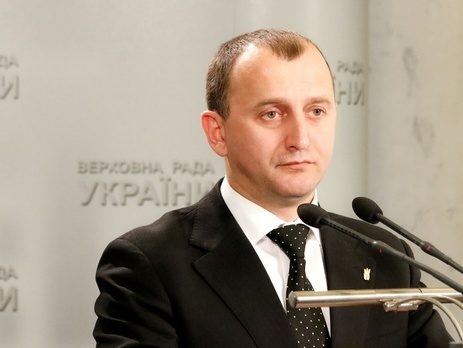 Sirotyuk: It is getting less of bread, so we need more circuses
Photo: svoboda.org.ua

Fake about 1000 hryvnia bill does not work for the Ukrainians, because they see a lot of fakes on a daily basis, but we need to work actively with the Russian society, because it is also a hostage of Putin's policies, said the deputy head of the party "Svoboda" Yurii Sirotyuk.

Hitler on the banknote of 1000 hryvnia - a continuation of the information war against Ukraine both in the Russian society and on the territory of Ukraine itself. Such an opinion in the comment to "Gordon" was expressed by the deputy head of the party "Svoboda" Yurii Sirotyuk.

"Every empire works with citizens by means of bread and circuses. Since Putin (Russian president Vladimir Putin. -" Gordon ") is literally almost out of bread, and Russians live each day worse, he uses the method of circuse. He creates the image of an external enemy and the whole social energy is directed at this enemy, so people do not think about what is happening inside the country, "- Sirotyuk believes.

According to the politician, the myth and the concept of the Second World War, and Russia as a country-winner over fascism - one of the strongest in society, so they choose something that can hurt the strongest consciousness of any Russian. "Putin now has to fasten the minds of Russians, he needs to escalate the situation within the state, as the economic situation is getting worse with each day, the Russians are getting poorer. They are almost out of bread, so they need a great circuse," - he admited.

Sirotyuk stressed that the Ukrainian government should develop a symmetrical policy of truth against waves of mud, which Russia sends. "In the middle of the last century the UPA made leaflets and sent them into the Red Army with references to the Armenians, Belarusians, Georgians, Tatars - do not fight against Ukraine, fight for their independence, protect their rights. Ukrainian state could make an appeal to the Ukrainians who live in Russia, ask them to explain to the local population that there are noNazis  in Ukraine, Ukrainians are not bandits and do not eat children. We must stop this aggression, which affects not only Ukraine, but, above all, the population of Russia, because their lives every day become worse, "- Sirotyuk added.