Slava Rabinovich: It was tested through the Russian mass media which of the versions of Nemtsov’s murder is the most acceptable to the public 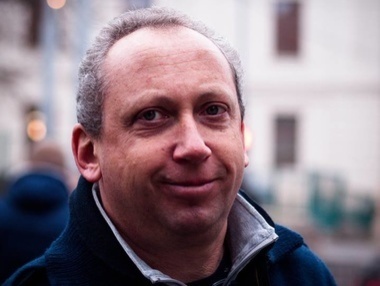 Until Nemtsov’s murder is investigated by an independent commission everything that is happening now is a farce of political terrorism, believes the Russian financier and investment banker Slava Rabinovich.

The Russian media had a kind of test to find out which version of the politician Boris Nemtsov’s murder will be the most acceptable to the public. The Russian financier and investment banker Slava Rabinovich said it in the comment to the GORDON .

"We can speculate on this topic for many months until we know the truth. But the Chechen as any other trace is like throwing noodles against the wall to see what piece sticks to it. That is what the Kremlin was doing all the way before the first statements, detentions, and accusations. This noodle-throwing orgy was staged by the media to test feedback with society – which of the versions will be the most acceptable to the public, and Putin could then choose the most appropriate one. The investigation cannot be called investigation, I cannot even bring myself to call it a farce," said Rabinovich.

He believes that until the investigation is conducted by an independent commission, everything that is happening now is a criminal farce of political terrorism.

"The version of the Chechen or Caucasian trace could be developed based on anything: based on their understanding of public opinion, based on some behind-the-scene fighting in the Kremlin, based on the assumption that there are several clans fighting against each other in Chechnya, and each of them are supported by Kremlin leaders. There may be an endless number of assumptions. Until the investigation is conducted by an independent commission, both parliamentary (although you know our parliament), and, most importantly, public. Until it is done, everything that is happening now is a criminal farce of political terrorism, which is equivalent to Stalin's order to kill Mikhoels and subsequent covering of tracks with bringing forward completely different versions with the help of the State Security Committee (KGB). Mikhoels’ murder remained unsolved for many years, and then it was disclosed," Rabinovich stated.

Ramzan Kadyrov has built his own strong army that the Russian president is afraid of, Rabinovich thinks.

"I am not well in in the Kremlin, and I do not know if there is a conflict between Kadyrov and Putin. Some time ago, President Medvedev lobbied for creating military security units for Gazprom. On learning it, Putin threatened Medvedev with rather serious consequences. Putin understood that Medvedev actually wanted to build a strong army his clan on the basis of Gazprom. I think that it is Kadyrov who has built a strong army in the recent years. But it is against the constitutional, and Putin is right from this point of view. Kadyrov cannot have a militarized army that obeys him, this contradicts the fundamental laws of our country. I think that Putin is afraid of this fact," said the expert.

"I do not know what their relations are. Even if they are good and close and the army was built as another efficient unit to protect Putin, Putin like any dictator who is afraid of being overthrown and of the consequences of his criminal activities, might as well be afraid even of those who are his allies today," Rabinovich summed up.