The crucified boy and two slaves. Top-10 fakes of the Russian propaganda 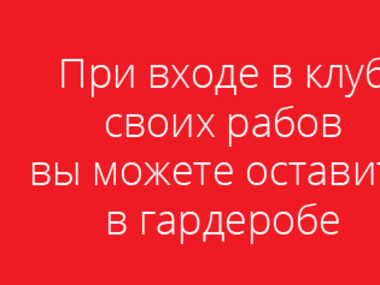 After the story of "The First Channel" a great amount of photoshopped images appeared
Photo: vesti-ukr.com

During the last year the Russian propaganda reached improbable heights in creation of plots about atrocities of "the Ukrainian junta". TV channels of the Russian Federation gave out every month in air the stories which are not confirmed with any facts about how fighters of the Armed Forces of Ukraine crucify children on squares, make a target for rockets of teenagers, and slaves – of adults, and kill bullfinches, rescuing titmouses. "GORDON" made a selection of the loudest fakes of the Russian journalists.

You will not surprise Ukrainians with "The pinned oranges" since 2004. Therefore talks that during the Maidan the neighbor of the friend of the wife of the cousin returned from as the addict because he drank tea in a tent of protesters, was perceived with a snicker. The new wave of ridiculous fakes of the Russian journalists began with Yarosh's business card. 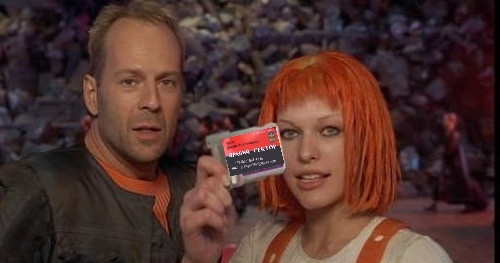 On April 20 the Ministry of Foreign Affairs of the published the statement in which it was reported that on the Easter's eve "fighters of the "right sector" attacked a checkpoint in ". The Russian journalists claimed that in "the cars of the pro-Russian citizens of burned by fighters", besides the weapon and dollars, business cards of the leader of "The right sector" Dmitry Yarosh were found. The network blew up with a flow of comments, and in shops smart entrepreneurs began to sell the calendar cards, badges and covers for mobile phones made in the form of "Yarosh's business card" which in the fire doesn't burn, in the water doesn't sink. 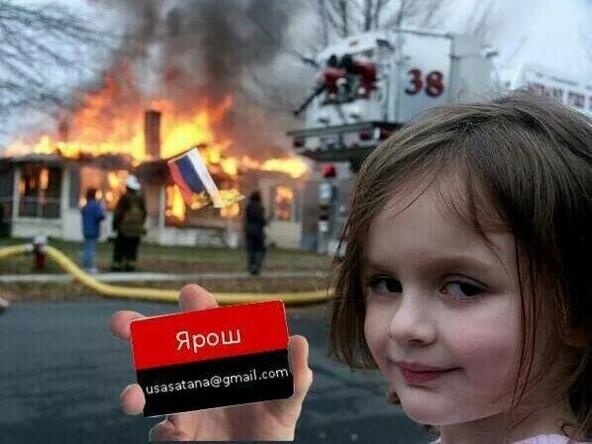 "The right sector" at the beginning of a year was the main horror story for the Russian citizens. It is not surprising that in May he won presidential elections. Well, at least, so reported "Channel One", referring to a screenshot of the unknown site which reminded the site of the Ukrainian Central Election Commission. According to journalists, Dmitry Yarosh collected 37,13% of votes of Ukrainians. But Petro Poroshenko became the president for some reason after all.

No. 3. The crucified boy in Slavyansk

On July 12 again "Channel One" made a plot in which a certain Galina Pyshniak, born in the Western Ukraine, mother and the wife of "rebel" told a terrible story from Slavyansk: "They took the child of three years, the little boy in shorts, in a t-shirt and crucified him as Jesus on a bulletin board … And then they took his mother, bound her to the tank and carried her out for three circles on the square. And one circle equals to a kilometer". Information was not buttressed up by facts, but caused an indignation storm in . Only in December when during Vladimir Putin's press conference Ksenia Sobchak asked – why nobody apologized for a fake plot, on air of "Channel One" the anchor Irada Zeynalova reported that journalists didn't have any proofs of the history described in a plot. However, she did not apologize. 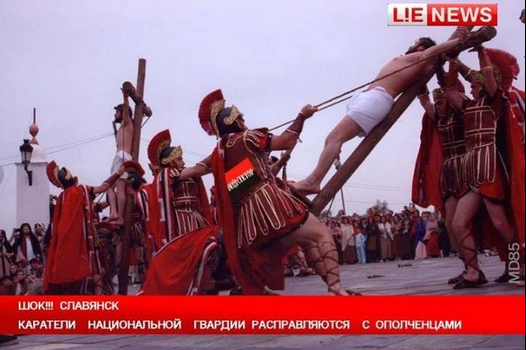 Taken off the train and sent to the National Guard

Journalists from the neighboring country practiced in distribution of fakes not only on official channels, but also on personal pages in social networks. The post in Facebook of the managing director of the 24 channel Alyona Kochkina collected nearly two and a half thousand "likes" and more than six thousand comments. Kochkina wrote that "children were removed from trains and sent to National Guard". Ukrainians arranged unsurpassed trolling in the comments – everyone, everything from everywhere were sent to the National Guard. Even the National Guard itself did not stand aside.

No. 5. Two slaves and a piece of land

Of course everyone who was "taken off the train" did not want to serve without encouragement, from the point of view of journalists from . Therefore in July "Channel One" made a plot in which inhabitants of Donbass complained that Ukrainian security officers were promised to get for the war "a piece of land and two slaves". Reaction of social networks wasn't slow in coming.