Veller: Thank God, our future is beyond us. This enmity is for very long 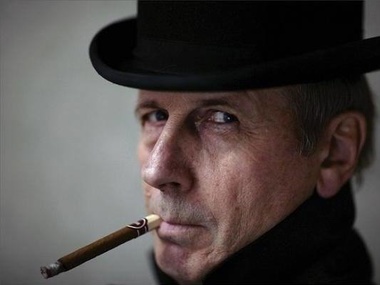 The Russian writer Mikhail Veller explained in his exclusive comments to the GORDON internet edition why he supported Zyuganov at the presidential election, how Russian authorities have changed, and shared his attitude to the toppling of the Lenin monument in Kharkiv.

Every new book by the Russian writer and philosopher Mikhail Veller becomes a literary event. He is appreciated for his talent of a narrator and for the refined irony running through all his works. Journalists readily invite the emotional writer to TV debates and to the radio programs because they know in advance that Veller is bound to speak wittily and argue hot.

Thus, Veller took part in the February’s "Politics" program on the Russian First Channel. This program also involved the then Deputy of the Verkhovna Rada Oleh Tsariov who scared the viewers and studio guests with his stories about "bandits" from Maidan. Replying to the question: "What should be Russian actions towards the situation in Ukraine?" Veller delivered an accusatory speech against the Russian authorities.

"Russia, with a perseverance worthy of a better purpose, officially supported Yanukovych’s gang until he was put on a wanted list, though it would be better to say that the crooks and thieves were not allies to us," the writer said then.

Since the beginning of the Maidan events, he made no secret of his attitude to Russia’s actions against Ukraine, though he is tied to Ukraine by only one fact – he was born in Kamenetz-Podolsky (Ukraine). He protects Ukraine as if it were his country, trying to understand what is happening from the point of view of a man with brilliant knowledge of history and a philosopher.

"Russian people do not want to understand that ... Ukrainians are not Russians who speak a little bit different language, but they are rather a completely independent nation with an absolutely different history. It so happened that from the time of Alexis and ever since most of it went under Russia’s control - well, yes, might is right. People in Russia do not understand this. On the other hand, people in Ukraine do not want to understand that everything that is being done now was once already done by the Russian Empire starting from the time of Alexis, from the mid-17th century, and that the territory of the present-day Ukraine was divided under the Soviet regime," said Veller on the radio for Echo of Moscow.

He believes that Russia "drifts in the direction where it smells world war."

"It's always starting like that, the guys above are convinced that they will survive and that their shelters lie deep and are well-supplied... People rarely realize that foreign policy is extension of the domestic policy."

To the surprise of his readers, Mikhail Veller supported the Chairman of the Central Committee of the Communist Party Zyuganov during the presidential elections in Russia in 2011.

- Mikhail Iosifovich, what interested you in the man who is professing communism ideology that people have become so bored with over 70 years, in the leader of the party that has ruined lives of more than one generation?

- It was the only real alternative candidate who, if he had consolidated all opposition forces, had a real chance to win the election. Power in Russia would then have been reloaded, this would allow for refreshing, improvements; regular rotation would certainly help to lustrate the power and restore order. However, it did not mean that I did nothing but support the Communist Party. It was purely tactical support.

- In Ukraine, the Parliament wants to ban the Communist Party. What do you think about this?

- I do not care about what will happen to the Communist Party in Ukraine.

- How do you feel about the fact that the Lenin statue was finally toppled in Kharkov?

- Ukraine is a sovereign country, and it is Ukrainian internal issue which monuments it erects or tears down. But if we take an extremely negative attitude to revolution as a violent armed change of power, the monument to the main theorist and practitioner of revolution looks leastwise strange.

- In 2012, you predicted a collapse of the Russian government in two years’ time. This period is already over. Didn’t you make a mistake? Russian authority still shows confidence and even power in the case of Ukraine...

- Foreteller is the easiest profession. When time comes a prediction has come true, everybody forgets about it and predicts the future. Certainly, I am not a very good political forecaster, but it is obvious that the Russian authority has changed dramatically over the last two years.

At the beginning of his literary career, Mikhail Veller became a member of Boris Strugatsky’s seminar for young science fiction writers. Veller commented on the Strugatsky brothers’ literary tandem in his blog on the Echo of Moscow website: "They never wrote fiction – they wrote about the present in the given circumstances."

Today, Russia "has put" Ukraine into such circumstances that most people still cannot believe that what is happening is real.

"Ten years ago, the Russian-Ukrainian war would seem completely impossible," says Veller, “Thank God, our future is beyond us. It may happen that this enmity is for very long time, but nothing in history is forever."