Volunteer Dudnyk: "DNR" and "LNR" have announced that they will take the apartments if there are no residents, so people are returning. 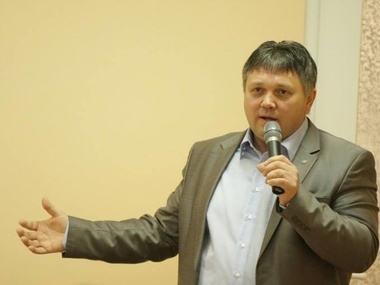 According to the volunteer and Chairman of the Alliance "Ukraine without Orphans" Petro Dudnyk, lack of livelihood and fear for their property encourages people to return to Donbass.

“The migrants began to return to the cities in the Donbass area on a massive scale. Some run out of money. Some do not know where to spend the winter,” the volunteer from Slavyansk Petro Dudnyk said to internet edition "GORDON".

"Now people are quite massively returning to their cities for several reasons. The first reason is that people just do not have money to survive. Just today, I got a call from an elderly man who came back with his wife from Luhansk; they had lived in Sloviansk for a long time while they had finances, and now that they have run out of money, they are forced to go back. So today, he called and literally cried into the phone that his wife had been killed. A second reason is where to spend the winter. It is cold in the summer camps now," said Dudnyk.

"A third reason is that there is no shooting any more. The migrants have no job and no home now, while they will have at least something to do there and will be able to live under their roofs. A fourth reason is that "DNR" and "LNR" have declared that, if there are no residents, they will take their apartments. It is a question how they will take them, nevertheless, people are threatened, and this is a very serious factor," said the volunteer.

Petro Dudnyk noted that many people are returning to the city where there is no water, gas or electricity, and the question of their wintering there remains open.

"Some people have just returned to take warm clothes. And we know some cases when some of those who had just come back for warm clothes, unfortunately, died. People move back to cities such as Gorlivka where there is no light, gas or water. And where it is impossible to buy coal to heat during the winter. I can hardly understand what they will do soon," said Dudnyk.