Volunteer Okueva: The offensive will start when there appears some vegetation and it is easier for the terrorists to move around 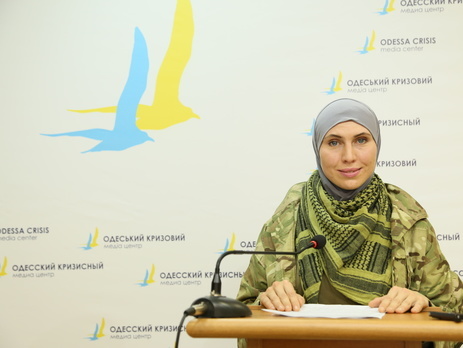 Okueva: There will definitely be escalation in Donbass, and we must be getting ready now
Photo: odcrisis.org

It is relatively calm in Lugansk region now, but this lull is temporary, reported the representative of the socio-political European movement "Free Caucasus" in Ukraine Amina Okueva.

The offensive of the terrorists will most likely start in April when there appears vegetation and it is easier to move around, the representative of the socio-political European movement "Free Caucasus" in Ukraine and volunteer Amina Okueva said in the comment to the GORDON .

"Unfortunately, I have no doubt that there will be the offensive – it is a question of time. The terrorists are very actively preparing now, and we are doing the same at the local level. I have no doubt that there will be an escalation. I think that it is connected with the verdure – when there appears some vegetation, it will be easier for them to move around. Most probably, it will be in April. At least, I hope that we have some time," she reported.

According to Okueva, there is relative lull in Lugansk region now.

"The soldiers are ready. I cannot say about the higher echelons because I am not in a close contact with them. I am sure that we will win, it is a question of time and the price of victory. I have recently returned from our positions in Lugansk regions, it is rather calm there, but it is relative calm. I am not an analyst, I refer to my anticipations and different data from battalions and intelligence. I suppose that the relative lull is temporary – there is redeployment of the enemy’s troops. However, it is hard to say which region is in the greatest danger. I think that there will definitely be escalation soon, and we must get ready for it now," Okueva said.