Will we find out the truth about Ilovaisk? 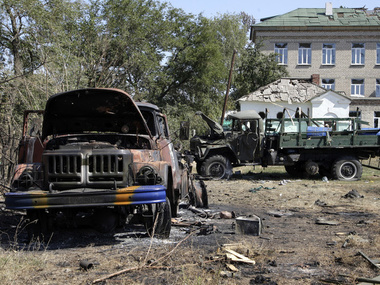 Ukrainian troops surrounded near Ilovaisk suffered serious losses – nobody can tell the exact figures of casualties and captives. Data on the causes of the tragedy is classified now. Chief Military Prosecutor’s Office has confiscated over two thousand confidential documents in the course of investigation. Will we find out the truth about the tragedy in Ilovaisk – ''GORDON'' asked the experts.

I attended the executive session of the committee, I talked to General Khomchak who was breaking out of encirclement, and I understand the truth about the tragedy in Ilovaisk. I cannot comment on everything, but out of six volunteer battalions who were set the mission, only one – the Donbass battalion completed the mission, the other five failed, which caused the tragedy.

There is an opinion that the Prikarpatie battalion was just made a scapegoat being accusing of non-compliance with the order, which caused the encirclement. This is not true. In fact, only one battalion out of six completed the mission.

The problem is that volunteer battalions are subordinate to the Ministry of Internal Affairs, and General Khomchak who was heading the operation comes from the Defense Ministry. We must follow the principle of the unity of command when one man gives orders and everybody obeys them. It was not the case, which entailed all the rest.

I cannot comment on this because neither me nor my unit was present there. Only the fighters who were doing their best to defend Ilovaisk know what was happening inside the pocket.

I think that none of those who were not present there are not entitled to giving any comments.

Regarding the UN accusations against the volunteer battalion fighters of human rights abuse, tortures and kidnapping, I can say with all certainty that it was not and is not the case. If we, for example, take a video uploaded by Russian separatists, I think there will be plenty of human rights abuse – how they torture our guys, cut off the heads, scalp them… I can answer for my soldiers that we do not do this. We are like one family, all decisions are made jointly, and everybody knows about them – from the company commander to the battalion commander. We should not even raise this topic because only those who are inside here can know about who tortures and kidnaps whom.

The tragedy of the Ilovaisk pocket consists of many elements. Now, we are almost ready to answer what the mistakes and the faults were, and it will be the court that will judge whether it was a mistake or a crime. From the point of view of the operation planning, obviously, it was managed from the different levels of the military authorities, there were certain nuances and mistakes at every level. Regarding the level of command of Sectors D and B, the level of battalion commanders, we can show quite an objective image of this part of the tragedy.

In spite of the statement of the chief military prosecutor that the ultimate cause of the encirclement was the fifth battalion of territorial defense Prikaraptie, it is a scapegoat. However, this is the job of deputy committees not to let the investigation results be distorted since, anyway, the prosecutor’s office is subject to political pressure.

I am no advocate of the Prikarpatie battalion, but it was a minor element that did not change the picture in general. On the other hand, it is obvious that it was a direct breech of the order. However, when the chief military prosecutor said yesterday that the battalion failed to follow the order three times and it cause the domino effect, he was not absolutely true. If the domino set is spread on hundreds of kilometers there will be no effect if any of the tiles falls. There were 600 hundred our fighters along 140 km of the border in Sector D before the battalion left. Half of them was the Prikarpatiei battalion, 60 special forces officers, al the rest were base area soldiers, service technicians, headquarters members, signalers … How can we speak about defense stability in Sector D?