Activist Shabunin: After the incident with the sons of Pshonka, Azarov and Yanukovich not to let your children to the power - an elementary requirement of propriety 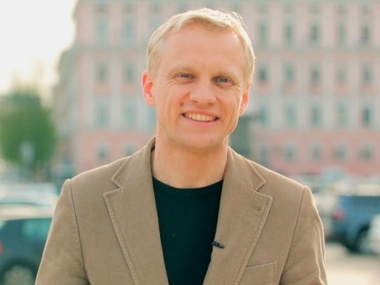 According to the former head of the "Anti-corruption Center" and a candidate for Member of Parliament Vitaly Shabunin, the promotion of children of politicians to high public posts discredits their fathers.

According to the activist and candidate from "Civil Position" Vitaly Shabunin, to promote their children to the government is unethical, taking into account the work experience of the children of the previous government.

"Politicians neither have brains nor a basic sense of propriety. After the stories of Pshonka, Yanukovych and Azarov juniors not to allow the children to the power is a basic requirement for politicians. After all the Ukrainian people have gone through, after they got their fingers burnt on those children in power, it is a point of honour to allow them neither run for office nor hold high political positions even if they 100 times smarter, more effective or more honest", - Shabunin considers.

"Yarema and Poroshenko should first implement the promised reforms, and only then people will choose their sons by way of a thank you. First – reforms, changes and the fight against corruption, then – recognition of the children. Otherwise, when Poroshenko leads his children to the parliament or Yarema gives  a high position, it undermines the credibility of both of them. As a result, the loss of credibility - is an obvious failure of reforms, "- the activist admits.

According to Vitaly Shabunin Anatoly Gritsenko's son Alexey denied the opportunity to run for office in the party of his father, even though he deserved it.

" Gritsenko's son, like noone else, should be in the Gritsenko's list of parliaments. He really deserved this after taking part in Avtomaydan, after building the Party, after Crimea, after all he did. But, realizing that it is unworthy, he did not place himself into the list of "Civil Position". The same did Gritsenko's daughter Svetlana who took part in the party foundation from the very beginning. She had the right to be on the list but she chose not to, because she knew it would be obscene, "- Shabunin says.

Why  politicians' children run for office?

Poroshenko' son Alexey running in majority constituencies for the Verkhovna Rada.  Ex-speaker Lytvyn's son is planning to become a deputy in majority districts in the Zhytomyr region. There are also chances to become members for the children of ex-mayor of Odessa Ruslan Bodelan, ex-Minister of Housing and Public Utilities Anatoliy Bliznyuk and a number of relatives of prominent politicians.
Tags: Vitaly Shabunin, Civil Position