Alexander Chaly: The situation in Donbass comes to a narrow range of options when it will be necessary to make critical decisions 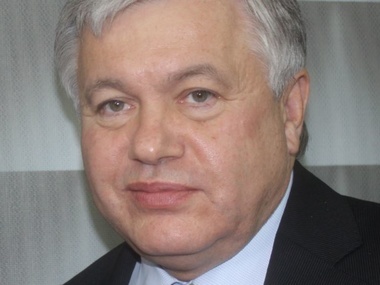 Chaly is confident that there are will be changes in Donbass before the New Year
Photo: Andrii Dubchak/ Radio Svoboda

The Ukrainian diplomat and former Deputy Minister of Foreign Affairs Alexander Chaly noted that the Russian President Vladimir Putin avoided the subject of negotiations concerning the conflict in Donbass at his press conference.

The Ukrainian diplomat Alexander Chaly considers that the Russian President Vladimir Putin did not express any essentially new approaches concerning Ukraine at yesterday's press conference, nevertheless, the process of peaceful settlement can gain new momentum soon. Chaly stated it in the comment to the GORDON .

"He did not say anything new. All his statements including those concerning the situation in Ukraine, correspond to what he said before. And it seems to me, that he did not deal with the fact that we approach a narrow range of options when it will be necessary to make critical decisions. And I think that is will happen before the New Year," Chaly considers.

"Actually, he did not deal with the negotiations. Negotiations have been appointed in Minsk, and the fact that he did not give any comments proves that there is a very tough diplomatic struggle with coordination of all positions, and I am not quite sure that these negotiations will take place as it is planned," the diplomat noted.