Anton Gerashchenko: Citizens who call upon for mobilization dodging may be bought by the Russians and must be punished 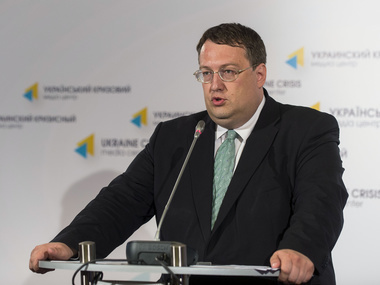 Gerashchenko: Mass media should not be punished for unreliable information, one must understand whom to trust and whom not to trust
Photo: uacrisis.org

Calls for violation of the Constitution shall not be forgiven in a country at war, the People’s Deputy Anton Gerashchenko considers.

Those citizens who call upon for mobilization dodging and violation of the territorial integrity of the country shall be held responsible by law, the Member of the Verkhovna Rada from the People’s Front party Anton Gerashchenko said in the comment to the GORDON .

"Boris Filatov and I proposed a law "On criminal responsibility for public calls for mobilization dodging". After this law is adopted, Kotsaba may be sentenced for 4 to 5 years for such public appeals (On February 8, the Security Service of Ukraine arrested the journalist from Ivano-Frankovsk Ruslan Kotsaba for spreading materials against mobilization. – GORDON). It is no innovation, there is Article 110 of the Criminal Code – criminal responsibility for public calls for violation of the territorial integrity. If we had arrested people who started destabilizing the situation in Donetsk and Lugansk, nothing would have happened and the situation would not have become so large-scale. I think that the Verkhovna Rada will support our proposal; in this case, such citizens who might have been bought by the Russians will be punished. I think that this punishment is right because calls for violation of the Constitution shall not be forgiven in a country at war. I remind that protecting the homeland is the constitution duty of every citizen", Gerashchenko stated.

According to him, mass media shall not be punished for publishing unreliable information.

"There cannot be criminal or administrative punishment for unreliable information in mass media, next time people will simply not believe those sources that publish it. Every information agency or web-site are trying to publish information as soon as possible to be at least 15 minutes ahead of the others, and there is no time, communication, or infrastructure to verify it. When I write my posts in the Facebook, I am trying to reach the newsmaker relying on my acquaintances in the Ministry of Internal Affairs or the army, and then publish this information since it is essential for the country. One should not punish, one should understand whom to trust and whom not to trust. On the other hand, there must be a right to mistake considering the war", the people’s deputy noted.