As Isaac Asimov predicted, or Why violence will lead Putin to a defeat 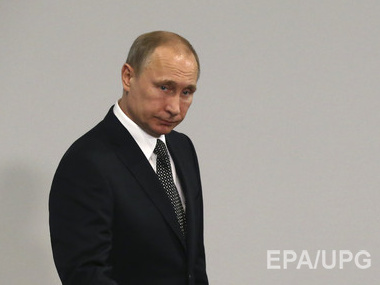 Kuzmenko: Vladimir Vladimirovich is convinced that he was born to "drive piglets and gilts in taiga"
Photo: EPA

The Russian President Vladimir Putin’s policy contradicts the principles followed by the civilized world, therefore he will soon be defeated, considers the columnist of the GORDON Yevhen Kuzmenko. However, according to the author, it will take months or even years.

It could be expected: the number of Charlie Hebdo subscribers increased 22 times after the attack at the weekly. Every new caricature of Prophet Muhammad will be reposted or shared on the Facebook by at least 22 times as many "infidels" than before January 7.

Generally, the Islamic fundamentalists acted in a fundamental way: instead of inspiring the French with "sacred fear", they evoked a humane feeling of solidarity. It turned out that normal people outnumber people with machine guns. Yes, fear of a person without a gun is spread in social network very well, but a better weapon is personal involvement, determination, and dignity.

Vladimir Vladimirovich did not want the NATO to approach the Russian borders and therefore attacked Ukraine? Well, congratulations, NATO is everywhere now!

This characteristic feature of the modern liberal society should be taken into consideration by those who is brandishing with a bludgeon as in primordial times. Guys, the formula "It will be as I say, otherwise I will…" works only in a short-term perspective, if it works at all. Sometimes, in a very short-term one.

There is no need to look far for an example. We do understand that Vladimir Vladimirovich did not want the NATO to approach the Russian borders and therefore attacked Ukraine? Well, congratulations: NATO is everywhere now! In military reports, in the arms race, in numerous drills, and in international conferences. In the laughter at Minister Lavrov in Munich. In pictures of Ukrainian children who used to think a year ago that NATO is a diminutive for Natasha. Now they write, "Dear NATO, please, protect us from Putin!"

Let us take Viktor Fedorovych Yanukovych. This man robbed the rather large country down to the last scrap. And when he decided to let it to a richer bandit despite the agreement with society, society itself rebelled.

Viktor Fedorovych did not understand it at first: what impudence! Then he said in a Western manner that he was "applauding" to the protesters, and finally he decided to shoot them a little before leaving. He is living near Moscow now, applauds to the local birch trees and is probably afraid of being shot himself.

Any action gives rise to counter-action – Yanukovych, who was in prison twice, should have learnt this rule very well. Did not he learn it? Then sit behind a tall fence, breathe the Moscow air with the citizen Polezhay, and be happy that you are free.

People feel it when violence is excessive, unmotivated or deliberate…

Speaking about freedom (Svoboda). It perfectly fits into this concept. I remember guys wanting to promote themselves by simple battery in spring. They went to the First National Channel, took along an "operator"; they beat the patriotically immature director general – so that the voters could see who take care of Ukraine most of all!

Everybody remembers how it all ended for the Svoboda party. The voters did not appraise the zeal, Tyahnybok’s party did not enter the Verkhovna Rada. People feel it when violence is excessive, unmotivated or deliberate …

Some readers who are used to taking everything literally may ask, "What about Putin? Where is his retribution? He ended or destroyed so many lives – so what?"

The wheels of history are turning slowly but steadily. Especially if we speak about the dictator of a huge country with tamed people, nuclear button, and professional liking for large-scale blackmail. It is a person who considers every attempt of negotiations as evidence of weakness, and every  evidence of weakness as a signal to further violence until final victory.

One cannot get rid of such a person in one jump; it may take months and years. But be sure that Putin’s grandiose plans are doomed to failure. It is because for several dozen years the civilized world has been following the principle, "Treat others as you would like to be treated". And Vladimir Vladimirovich is convinced that he was born to "drive piglets and gilts in taiga". And the size of the taiga is constantly growing.

However, the modern world is not created according to Vladimir Putin’s template. Competence reigns it while violence, as Isaac Asimov put, is the last resort of incompetence. Shall I explain who will finally win this struggle?

The world has been learning something since medieval wars. In particular, it has learned to put hooligans in their place observing all external courtesy rules. It will be soon that Vladimir Putin will become convinced of that.