Aslund: I think there will not be a default 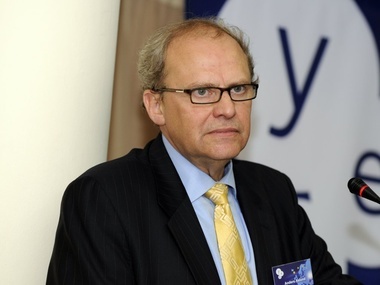 Aslund: The main thing is to have an agreement with Gazprom signed
Photo: pinchukfund.org

The Ukrainian government should curtail expenses and start economic and energy reforms, considers Anders Aslund, a Swedish economist and Senior Fellow at the Peterson Institute for International Economics (USA).

Currency exchange rates in Ukraine are hard to control because of the small interbank market, but the government may take certain steps towards stabilization, considers Anders Aslund, Senior Fellow of the Peterson Institute for International Economics (USA).

"The currency exchange rate is hard to fix, the market is so small that movements back and forth are inevitable. I think there will not be a default, but it will be very difficult to work when you do not know what the rate will be tomorrow," he noted in a comment to the GORDON.

Reforms may save the situation, but they require an effective government, Aslund stated.

"Government expenditures must be curtailed under the circumstances, it should be done within a comprehensive program. The government should be engaged in it as soon as possible because there is little that can be done in this situation. First of all, economic and energy reforms must be launched, they are of crucial importance. But there must be an effective government for this," the economist says.

The Europeans are rather concerned with the gas issue than with the Ukrainian currency, he believes.

"The situation is terrible, generally, it is not clear what will happen next. The main thing is to have a gas agreement with Gazprom signed. The European Union wanted it very much, because the Ukrainian reserves are critically scarce now," Anders Aslund declared.