Ayvazovskaya: Voters were bribed with 20 hryvnias at 2002 elections, today the fare grew to 500 hryvnias 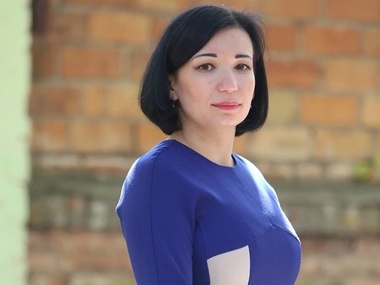 Is it true that the elections to the Verkhovna Rada on October 26 will become the most unscrupulous for the whole Ukrainian history and what new technologies are apply to bribe and control voters? The GORDON asked the coordinator of OPORA public organization Olga Ayvazovskaya.

Natalya Dvali, Editor
The final week of pre-election campaign begins in Ukraine. Next Sunday, October 26, special elections to the Verkhovna Rada will be held. In their advertising campaigns, candidates frequently use yellow and blue colors and appeal to unity and increase in defense capability of the state, not forgetting to strew the road to ballot boxes generously with buckwheat and banknotes.

In an interview to the GORDON edition , the coordinator of election and parliamentary programs of public organization "OPORA Civil Network " Olga Ayvazovskaya spoke about the methods of bribery and control of voters, possible provocations on the election day and about the necessary actions in case you noticed violation at the polling station.

– Judging by numerous messages in social networks, the bribe for voters doubled at these elections – from 200 to 400 hryvnias. And what data do you have?

– Candidate deputies paid 400 hryvnias in 2013 during re-elections on five problem districts. However, the money was given in parts then: 200 hryvnias – before voting and 200 – after. There were cases when the voters were cheated and not paid the second part.

By the way, they gave 20 hryvnias in 2002. About 20 thousand voters were bought this way on one of Cherkassy districts. The candidate was not local and was not engaged in the pre-election campaign, he just appeared once in the district won only due to bribery.

We already have information on 500 hryvnias for the coming elections to the Verkhovna Rada. However, such bribery is called "work with canvassers": people come to the headquarters, they are put on a list, they sign a contract for canvasser activity in favor of one of candidates and get 500 hryvnias.

– Is it bribery? I honestly went to the apartments, told the residents what a remarkable candidate we have, my work was paid. In my opinion, everything is honest...

– Absolutely dishonest. Signing of a contract for this type of work implies payment of taxes. All the propaganda work has to be paid from the election fund of the candidate, and, in reality, these 200–500 hryvnias come from a "gray" fund. Let alone that these "contracts" have no legal validity. It is direct bribery and violation of the law.

– Mass media keep saying that the 2014 parliamentary elections will become the most unscrupulous for the whole history of independent Ukraine. Do you think so, too?

If we compare with 2012 parliamentary elections, this campaign is not the worst one in terms of scrupulousness. In 2012, we recorded (i.e. we checked the facts and published information with photo and video proofs) 322 facts of bribery of voters. Then the election campaign lasted for about three months, it means that there were not fewer than 100 cases of bribery monthly. It is a very high rate.

– And how many bribery cases have you recorded at these elections?

– Surprisingly, only 63 as of October 17. It is clear, that another pre-election week is ahead and the figure will increase, but the indicator is notably lower as compared to 2012.

– You used the word "surprisingly" twice: when you mentioned the increase of the trust level among Ukrainians to the elections-2014 and when you gave the quantity of the bribery cases recorded. Why does it surprise you so?

– Because our organization has the experience of 2013 when the re-elections in five problem districts took place. Two of five districts were totally bought and there was an unbelievable number of violations at the others. We appealed to both the prosecutor’s office and law enforcement agencies, but …

It is also surprising because there was a very short pre-election period this time. That is if candidates decided on an illegal way of conducting the campaign, they had to involve all the resources immediately. Realizing all shortcomings of the majority component, we waited for a much bigger number of violations. Fortunately, expectations did not come true.

– You began the sentence and then cut short, "We appealed to both the prosecutor's office and law enforcement agencies, but …"

We cannot control every investigator conducting similar proceedings. Law enforcement authorities are not always fully motivated to investigate the case. It is not even a question of corruption, this is elementary misunderstanding: materials without output data – so what, something was paid from the "gray" fund rather than the election fund, a smear campaign – so what, we can we do?

– Many do not consider buckwheat and oil as bribery of voters.

– Law enforcement authorities are loyal about it, too, they see no sense in initiating a criminal proceeding. For example, authorities recorded a large number of people who came to charity foundation for financial aid in the form of food during election campaign. According to the law, it is an indirect bribery of voters, which is a crime.

Today President Poroshenko signed the law "On Modification of the Criminal Code of Ukraine concerning Strengthening of Responsibility for Violation of Electoral Rights of Citizens", according to which, the fine for bribery amounts to 5100 hryvnias. When the law starts working, elderly women will think twice before taking a pack of buckwheat.

– Is it bad that pensioners receive additional ration?

– But the elderly woman can take products and vote for whoever she wants.

– The control is really not so strict with food packs, it is designed for pensioners with Soviet way of thinking. Elderly women think, "The ballot box is transparent, so they will see that I put a tick in a wrong place". It is psychologically easier for such people to vote as they were told than to cheat the system. They have a set attitude: politicians are all bad, but this one is slightly better because he gave me buckwheat, oil, condensed milk.

– And if I am not an elderly woman with Soviet psychology, but a cynical young woman: I will take both the money and the buckwheat, and I will put a tick for another candidate. How do “the work-givers” check me?

– There are different technologies of control of the bribed voter. First of all, the nuclear electorate in the region is estimated, that is the number of people whom it is possible to buy. There are special people who have a database of such voters. And this database is 10 years old, but still up-to-date. The database members constantly sell themselves to different candidates. So if a candidate deputy plans to win through bribery, he takes the database of the nuclear electorate and squeezes out 10% of total number of voter in the region in his favor. A similar scheme of mass bribery worked at the parliamentary elections in Cherkassy in 2002, 2012 and 2013.

– Even if the candidate squeezes out 10%, it does not guarantee the victory in the district all the same.

– Hence, the second stage of control is applied, namely building up a financial pyramid. Three persons from the candidate appear in the district, they find several locals who, in turn, bring several more locals and so on. Something like network marketing. You are additionally paid for each new person attracted to the pyramid.

The point is that people bring their acquaintances. And to who else can you turn to with a proposition to earn some extra money at elections? Acquaintances, at worst, will refuse your offer, but they will not reveal you in public or they will definitely not write a statement at the militia. It is possible to collect some more thousands of votes in the district with such a pyramid.

– But can they check that they voted for the right candidate in the ballot?

– There is a technology of moral pressure. The organizer of bribery has an accurate plan: five votes have to be mine from this polling station, 10 votes from another and so on. To implement the plan, some people one of which sits near a ballot box as an observer or a journalist are assigned to each station.

The bribed voter approaches the ballot box where the “friend” is sitting (there is even a special system of identification signs) and drops the ballot so that controller could see that the tick is in the right place. I saw it many times at different elections. There is also another way of control, even more elaborate, when conventional signs are written on the ballots.

The original article could be found at the Russian version of the GORDON web-site gordonua.com
Tags: Olga Aivazovskaya, elections, Ukraine