Battalion commander Teteruk: Martial law will weaken our economy, we need to become stronger, not weaker 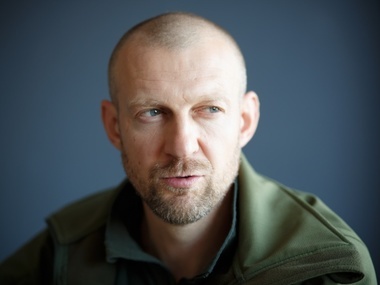 Teteruk: We must do our best to annihilate the enemy only by protecting ourselves
Photo: pravda.com.ua

The aim of the truce is to try to solve the situation in a diplomatic way, but if we are attacked, the enemy must be annihilated, considers the Mirotvorets battalion commander and people’s deputy Andrey Teteruk.

Ukraine needs to become stronger, while imposition of the martial law may destroy its economy. This opinion was expressed by the people’s deputy and Mirotvorets battalion commander Andrey Teteruk in his comment to the GORDON .

"The Commander-in-Chief knows better if we need the martial law. He knows the most about the present economic state of Ukraine and about the state of our Armed Forces. It is difficult for me to give recommendations concerning this issue. I know that imposition of the martial law will considerably weaken our economy and Ukraine. We need to become stronger, not weaker," he said.

According to Teteruk, Ukrainian troops opened only retaliation fire since the first hours of the truce.

"There have been the following guidelines since the first days of the truce: we answer only in case of attacks and do not open fire first. In any case, it is necessary to protect our territory when our positions are fired. The aim of the truce is to try to solve the situation in a diplomatic way, but if our positions are attacked, the enemy must be annihilated. Unfortunately, a compromise is impossible in this situation. If the other party does not observe the terms, their unilateral observance will result in a tragedy. If the situation is not resolved, we need to fire back at the enemy and do our best to annihilate the enemy only by protecting ourselves," the battalion commander stated.