Borislav Bereza: If the coalition is formed by the principle "give us the portfolio" again, the parliament will be taken out with the feet foremost 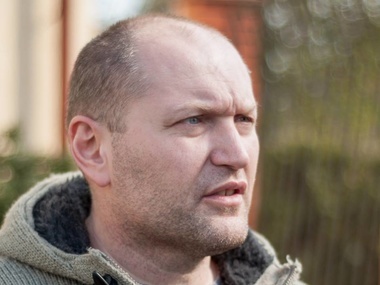 The newly elected parliament needs to form a coalition that will be ready for reforms and economic shock therapy, considers the Candidate People's Deputy, Speaker of the Right Sector Borislav Bereza.

The coalition in the newly elected parliament has to be pro-Ukrainian, rather than based on party quotas, the speaker of the Right Sector, Candidate People's Deputy Borislav Bereza said in the comment to the ' 'GORDON'' .

"It has to be a coalition that will show that it is ready to change the situation in the country. It has to consist of people who are ready for the economic shock therapy, people who are ready for reforms. And if the coalition is again formed based on quoting, by the principle "we will join the coalition, and you give us this portfolio", then the people will literally take this parliament out with the feet foremost. And some deputies will help people do it," said Bereza.

According to him, candidates from the Right Sector already receive offers from various parties. "I have personally received two offers, but I have to consult Yarosh first. We are sworn brothers in this question and we need to consult each other. Offers were made by pro-government parties, and we only have two of them. However, we want to organize our own faction and to be engaged in legislative activity on its behalf," the candidate people's deputy reported.