Bohdan: I have information that the offshore companies from the Pandora Papers investigation, which Zelensky was involved in, worked in 2020 and 2021 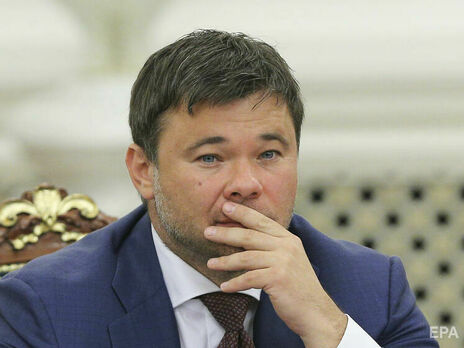 Bohdan: Business is business. Everybody hears everything.
Photo: EPA

The former head of the Office of the President of Ukraine, Andriy Bohdan, in an interview with the founder of the Internet publication GORDON, Dmytro Gordon, said that offshore companies, which, according to the journalistic investigation Pandora Papers, President Vladimir Zelensky was involved in, operated in 2020 and in 2021.

The former head of the Office of the President of Ukraine, Andriy Bohdan, in an interview with the founder of the Internet publication GORDON, Dmytro Gordon, said that offshore companies, which, according to the journalistic investigation Pandora Papers, President Vladimir Zelensky was involved in, operated in 2020 and in 2021.

"Panama Papers (apparently Andriy Bohdan was referring to the Pandora Papers investigation. --- GORDON). I have information that these offshores were working in 2020 and in 2021... The offshore companies that Zelensky was once involved with. They were working. That's what people told me. Business is business. Everyone hears everything," Bogdan stated.

ВИДЕО
Video: Video: On a visit to Gordon / YouTube
Context:

On October 3, the International Consortium of Journalists published the Pandora Papers investigation. It involved 600 journalists from more than 150 media outlets in 117 countries. The journalists studied the archives of 14 offshore registrars.

Journalists of the "Slidstvo.info" project found in the Pandora Papers partial confirmation of the scheme of transferring $40 million since 2012 from the structures of businessman Ihor Kolomoyskyy to offshore companies of Ukrainian President Volodymyr Zelenskyy and his associates. This took place at the time when the "Kvartal 95" studio, founded by Zelensky, started to cooperate with the "1+1" TV channel.

Documents obtained by journalists confirm that in 2012 Kvartal members registered more than a dozen firms in the British Virgin Islands, Belize and Cyprus. At the heart of the network was the still unknown firm Maltex Multicapital Corp. According to leaked documents, Maltex was equally divided between the firms of Zelensky, brothers Sergei and Boris Shefirov and Andrei Yakovlev, writer and director of products of the "Kvartal 95" studio.

The nominal owner of the network center was another company, Davegra Limited. By that time, its owner was the current head of the Security Service of Ukraine, Ivan Bakanov. It was he who signed the so-called "trust declaration" – a document that records the relationship between the nominal and the real owner of the company.

As expert in asset structuring Maxim Grekov explained to Slidstvo.info, trust declarations are usually signed to keep confidentiality of the real owner of the company. That is, Bakanov's firm acted as the nominal owner of Maltex Multicapital, in order to hide the real one – Zelensky and his partners.

The documents revealed that the companies own three apartments in the center of the capital of Great Britain, including a house called Chalfont Court. Its entrance is across from 221B Baker Street, where the fictional detective Sherlock Holmes lived. The price of this apartment at the time of purchase in 2018 was about $3 million, wrote Slidstvo.info.

Among the 336 politicians who appear in the investigation into offshore schemes, 38 are Ukrainians. Russia comes second (19) and Colombia, the UAE and Honduras come third (11 each).