Boris Khersonsky: One of the terrorists’ aims is to show that it may be dangerous near pro-Ukrainian activists 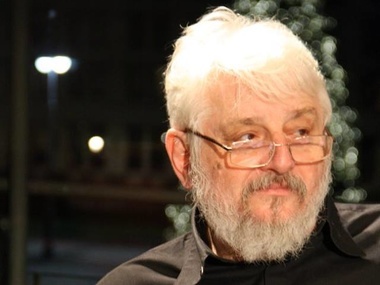 The poet from Odessa Boris Khersonsky believes that all explosions had been rather of an intimidating nature before the yesterday’s act of terrorism in Kharkov.

The next act of terrorism following yesterday’s explosion in Kharkov may take place in any city within the field of interests of the Russian Federation. The poet and writer Boris Khersonsky stated it in the comment to the GORDON .

"The tragedy may occur in any of the cities where, according to the strategists of Putin’s regime, there must be unrest. Putinists keep talking about disorders in the southeast of Ukraine, and, in their opinion, the atmosphere must be heated up in these cities. Kharkov is not in the south, however Kharkov is also one of the cities that is of particular interest since it was once the capital of the Ukrainian Soviet Socialist Republic," Khersonsky considers.

"The following explosion may take place in Odessa or in Kharkov again. All acts of terrorism had been rather of an intimidating nature before yesterday, but people were killed yesterday. One of the terrorists’ aims is to show that it may be dangerous near pro-Ukrainian activists. Thus, the bandits are trying to create an atmosphere of isolation around people who support Ukraine. And it is very important for Odessa where not all the citizens are pro-Ukrainian," the poet noted.