Butusov: Poltorak had a team in the National Guard and a normative basis for fast decision-taking. Now he does not have it 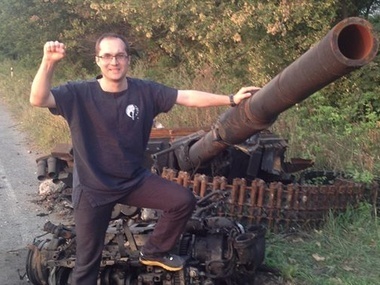 We can expect Poltorak to introduce those positive decisions that distinguishes the system of supply and logistics of the National Guard from that of the Ministry of Defense, the journalist and editor-in-chief of the Censor.NET Yury Butusov considers.

‘It is difficult to compare Stepan Poltorak and Valery Geletey,’ the journalist and editor-in-chief of Censor.NET Yury Butusov commented to GORDON on Poltorak's appointment as the Minister of Defense.

‘It is difficult for me to assess Geletey as the minister because Valery Viktorovich was always engaged in what wanted to and what he could do. But, unfortunately, he was not engaged in what he had to do. Therefore, the question now is whether Poltorak will be able to become a minister? One thing is to work as the head of the National Guard, he had a team and people he had known for many years. There was a normative basis that was optimum for fast decisions-taking. And now he does not have all this,’ Butusov said.

In his opinion, it was enough for Poltorak as the commander of the National Guard to maintain relations with the Minister of Internal Affairs Avakov, while he has to work in one team with the Commander-in-Chief Poroshenko if he wants to become an effective Minister of Defense. Will Poltorak manage to achieve this interaction with the president?

Butusov considers that Poltorak's appointment can provide interaction between the battleworthy features of the Ministry of Internal Affairs, the National Guard and the Ministry of Defense.

‘We can expect Poltorak to introduce those positive decisions that distinguishes the system of supply and logistics of the National Guard from that of the Ministry of Defense,’ Butusov considers.