Chornovil: Obama believes that delivery of arms to Ukraine will only stir up Russian aggression 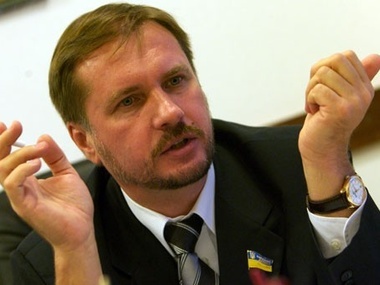 Chornovil believes that Russia will promote return of Donbass to the Ukrainian structure under special conditions
Photo: facenews.ua

The ex-deputy and political expert Taras Chornovil commented to the GORDON on why Barack Obama hesitates to sign the Ukraine Support Law, what conflict resolution options remain to Russia, and what kind of future awaits occupied territories in Donbass.

Judging by the statements of the Foreign Minister of the Russian Federation Sergey Lavrov, Russia is really in trouble. But it does not mean that its troops will be withdrawn from Donbass. Ukraine will be imposed a model that will suggest preserving of the territorial integrity of the country, but secure the leaders of the "rebellious" territories with the veto right for important decisions. At the same time, the U.S. President Barack Obama expects to be able to cope with Russia by economic methods only, considers the ex-deputy and political expert Taras Chornovil.

Obama is a pacifist president, which is uncharacteristic of the USA. He believes that the conflict to Russia can be resolved only by means of economic pressure

It is difficult to understand the logic of Obama’s actions in many respects. It seems to me that there is inconsistency of personal nature. With all features of the American system that always removes and levels the problems faced by a president, there is a guarantee which does not allow it to suffer from any violations or wrong shifts. Presidents are different, their characters are different, too, but, despite it, the president’s personality is of enormous importance. Remember, for example, the cardinal change of the political system and understanding of who is the enemy in the world under Roosevelt (Franklin Roosevelt, U.S. President (1933 — 1945)— GORDON) and Truman (Harry Truman, U.S. President (1945 — 1953) — GORDON).

On the one hand, Obama wants somehow to keep the role of the USA as a superpower, on the other hand, he has fear, fear of any escalation or conflicts. He tries to avoid conflicts and not to get involved in direct military operations. It is uncharacteristic of the American doctrine of real presence. And the announcement that the U.S. army will not be engaged in large-scale military operations abroad does not seem to concern Ukraine, but it concerns it indirectly.

Obama is a pacifist, which is uncharacteristic of the U.S. presidents. It can be told by his previous actions. I think that he is ready to help Ukraine in many respects, he sympathizes with Ukraine and he is ready to support it, but he is very much afraid of the development of a large conflict and for some reason believes that if he presses on Russia only economically without military support, it will be a sufficient factor of pressure, while delivery of arms to Ukraine will only stir up Russian aggression.

He stated it rather precisely after his meeting with Poroshenko. Then this fact was not paid proper attention, but this fact becomes clear now. In this situation two things are necessary: firstly, nothing can change Obama, he is what he is the available factor should be used to the full. He will continue exerting pressure on Russia, and this pressure is strong, it is much stronger than the European Union’s pressure. We forget all the time that America is far ahead of the European Union in respect of its pressure upon Russia, it is not a matter of playing with Putin. Secondly, it should be understood that after the New Year the Senate and the Congress will be renewed, the republican majority will become absolute and unconditional, and the factor of pressure upon Obama will increase. It is possible that the Congress will manage to push the question of delivery of arms to Ukraine.

Russia has to go back a little because any aggressive policy and any expansion consists of several parts: it is military aggression, political actions and statements. It is impossible for a powerful big state to make loud statements and be engaged in trifles. For example, to initiate peace and to stick to strong military rhetoric. Everything has to be more or less uniform.

Lavrov's statements prove that Russia is really in trouble

Lavrov's statements prove that Russia is really in trouble, world isolation yields its results and the possibility of deepening the sanctions can become a disaster for Russia. Therefore Russia wants "to keep its face". Obviously, they would like to get out of the situation somehow, but there is a factor of Putin who does not have brakes. It is clear that it is not only Lavrov's statements but rather a common position of Russia that it is necessary to get out of the situation, but Putin wants to raise the standards. It is clear that there will be no large-scale war any more. It is clear that Russia will go back in some points to stop bloodshed and escalation of the conflict.

It is obvious that, eventually, they will put up with the existing delimiting line, but they will remain present there. Obviously, they will want to make something similar to Transnistria, though it is almost impossible to do something with the bandits who are now in that territory – there was a rather rigid hierarchy of power in Transnistria, and there is not any here.

I think that they will try to impose things that Ukraine should refrain from. After Lavrov's statements when Russia became slightly more compliant, Ukraine has to demand observance of the provisions of the Minsk accords – return of all prisoners, complete ceasefire, withdrawal of heavy arms, creation of a buffer zone, introduction of observers. We obviously have to do all this to take the situation in hand. We need to restore control over the part of the border that Ukraine cannot control now. And we should stop there because, in principle, Russia is ready to guarantee this first package in case we perform the second package on its conditions.

They try to impose a structure of these territories when they will be part of Ukraine, but their leaders will have the veto right for especially important decisions

All these peaceful statements that it should not be federalization, but strong and unitary Ukraine, – we agree with everything, but there is a question behind it, "And what will be the content of those territories?" It is not federalization, but these are territories whose population will have a very special status. By the way, not the status that was stated in Poroshenko's laws, and a different one. They try to impose future structure of these territories when they will be an integral part of Ukraine, but their local leaders will have the veto right for especially important decisions in domestic and foreign policy.

It is what was offered to Moldova, but Moldova refused it then. Russia offered it too: no federalization, no annexations, Transnistria will be part of Moldova. Adopt only one decision – that local representative authorities that will become part of Moldova will be able to veto decisions on European integration. Ukraine is being imposed a similar decision.